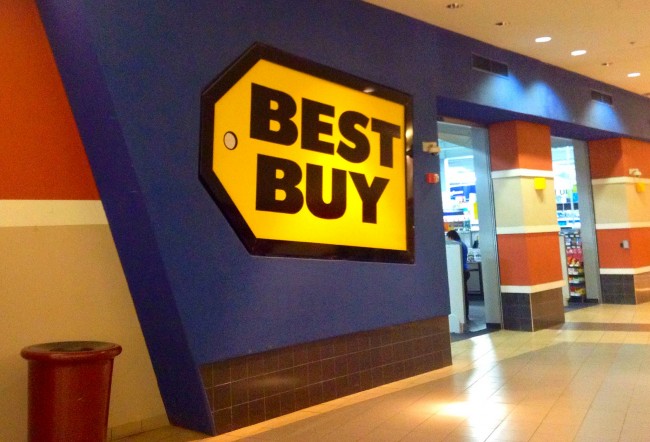 An eager Best Buy customer waited in line 11 days for Black Friday deals. Miguel Anguino of San Jose pitched a tent outside of the California store in anticipation of beating the crowd that was to circulate for the biggest shopping day of the year for consumers. His adventure started on Sunday, November 16.

This is the fourth year he has waited outside Best Buy to get ahead in line. Anguino cited that it was not as hard as many would think. He credits a permitting work schedule and friends, who were able to take shifts in line. In the end, he expects to save an estimate of $4,000 by shopping on Black Friday. Microsoft Surface 2, video games, and a 50-inch screen T.V. are on his list for this year. In previous years Anguino was able to nab an Xbox One, a couple of television, tablets, among other buys.

Consumers pack lines outside of retailers across the nation, waiting to catch big deals to start or complete their holiday shopping. National Retail Foundation anticipates a 4.1 percent increase in Black Friday sales to about $619 billion compared to last year. Best Buy is usually a popular choice due to its high quality and anticipated sales in electronics.

Retailers have recognized the Black Friday craze and have sales starting a day ahead on Thanksgiving. As commonly known, people put down the turkey legs and sweet potato pies early to get out and shop, assuming to beat the Friday rush. For one Best Buy customer, he put down more than a Thanksgiving meal to wait in line 11 days for Black Friday.

Others may choose another route. Instead of traveling by car, foot, and public transportation to their favorite retailers, many get a cup of coffee and sit in front of their computers to shop. Black Friday has extended to the internet, and consumers find similar, if not the same, kind of deals online. They do not have the time (or patience) to do what Anguino did and sit outside of stores.

Unfortunately for many potential Best Buy shoppers, they too hit a snag trying to shop at their computers. The retailer’s website crashed early Friday morning. At approximately 7:00 a.m. Pacific Standard Time the website and mobile app were unavailable to shoppers.

“We’re Sorry” in capital letters is what shoppers first saw when they logged in to bestbuy.com. Underneath the two big words were details stating the website was “currently unavailable,” asking shoppers to “check back soon” as the issue was being resolved. It took engineers about one hour to get the site back online, allowing shoppers to stash items in their virtual shopping cart.

A Best Buy spokesperson told CBS San Francisco that a “concentrated spike in mobile traffic” sparked the issues that forced the website to be shut down for maintenance. That certainly put a hamper in consumers trying to grab the door buster sales. There is no indication how the crash will impact the retailer’s Black Friday sales numbers.

For Anguino and customers alike, there is no telling what he was doing at the time of the site crash. But one thing for certain is that this was the one issue the Best Buy customer avoided by waiting in line 11 days for Black Friday.