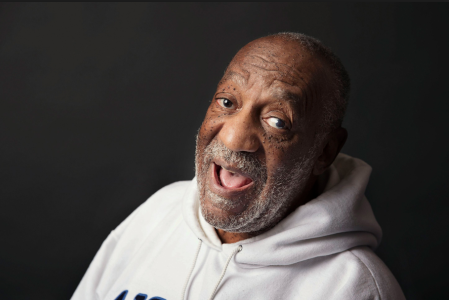 2014 has been a year of celebrity “dirt” being strewn across the Internet and Bill Cosby is the latest to be found guilty by the web. Acting as judge, jury and potential executioner, the death of Cliff Huxtable has taken over the Internet. The 77 year old entertainment icon has had old allegations of sexual abuse, rape and administering drugged drinks to a number of victims resurface recently and the hype it has generated appears to be gaining momentum daily, if not hourly.

This entire trial by World Wide Web seems to have been started by a stand up comic, Hannibal Buress, who had his live show taped where he called Cosby a rapist. The video went viral and started the increasing amount of victims crawling out of the woodwork to make allegations that the entertainer had been very busy having illegal sex with a number of women. If not actual intercourse he alleged accosted a number of women sexually as well. Apparently, the comic who started the whole mess had used his “Bill Cosby” joke before, and he claims that The Cosby Show star was not the only celeb he did this to.

The end of the comedian’s rant against Cosby had him telling the audience to go home and Google Cosby’s name and he promised that there would be more “hits” on “Bill Cosby Rape” than on Buress’s own name. It is the last bit of the comic’s act that points directly to the Internet as being the source of bad news for the rich and famous. Whoopi Goldberg stood up for her fellow comedian, much to co-host Rosie O’Donnell’s fury, but the gay feminist, Rosie not Whoopi, has missed the point entirely.

In law, people are innocent until proven guilty, no matter how heinous the alleged crime may be. These recent accusations are, as pointed out by Cosby’s lawyer, decades old and the star has never been charged or had his day in real court. Rumours of payoffs and news of an out-of-court settlement with an accuser is not 100 percent proof of guilt or innocence. While the Internet is good for fast, “as it happens” news reporting, it is also the leader in innuendo and mud slinging, Bill Cosby is just the latest celebrity found guilty by the net of alleged crimes without a shred of proof, apart from more and more allegations.

Last year, celebrity TV cook Paula Deen had her career yanked out from under her by the news that she had used the “N” word and testified in court that it was true. Business partners and networks scrambled to distance themselves from the woman and her meteoric climb to the top of the television heap has still not recovered. That was last year, however, and this year it is not about racism but about sex crimes and a performer who has been at the top of the fame game for a long time. Just like Deen, however, Cosby is being deserted by those who were all too glad to be partnered with him before these allegations.

Bill Cosby has been the face of Jell-O, children’s advocate and a family friendly entertainer for decades. He became a household name in the 1960s with the television series I Spy, he co starred with Robert Culp and both men had legions of fans who adored them. Cosby was, and is, a comic first and foremost and he created comedy icons like Fat Albert and the Cosby Kids and was a regular on the edutainment kid’s show The Electric Company in the 1970s.

Television, movies and stage performances, Bill Cosby has reigned supreme in them all, but it is the newest kid on the metaphorical block that is trying to take this entertainment icon down, the Internet. The award winning entertainer has been found guilty, not as the result of a trial before his peers, but on the net with innuendo. Most of the allegations against the performer sound all too much like tales of the notorious Hollywood casting couch. While not excusing any real, proven misbehaviour, it explains why so many of the accusers are from the world of showbusiness, Bill Cosby stands accused, but not charged, of behaving abysmally with models, actresses and Playboy Bunnies. It may come as a surprise to some, but the entertainment business is dirty, children. Proof of this can be found in the amount of “beautiful people” who die from drug overdoses, are charged with rape, possession, drunk driving, et al, and the Hollywood community is full of squalid little secrets. These secrets are all just rumors, however, and until Cosby is charged formally with misbehaving, the net can do nothing more than smear Bill’s once good brand name repeatedly and the public and business sectors will continue react accordingly. Until the next “big thing” comes along.

One Response to "Bill Cosby: Latest Celebrity Found Guilty by the Internet"