Blackberry Passport in Flaming Red to Be Released for Xmas 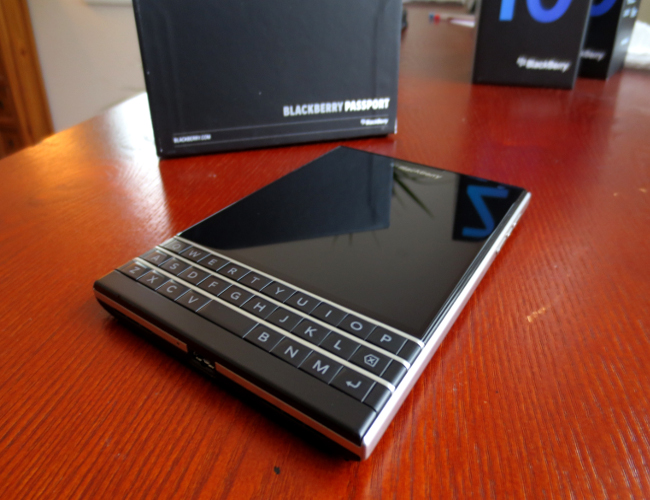 It may be premature to offer predictions, but there certainly appears to be a change in the circumstances for Blackberry, as the company, under the direction of CEO John Chen, prepares to introduce a Flaming red version of the latest iteration of the Passport in time for the Xmas holiday rush.

Sales of the uniquely designed smartphone have exceeded expectations, and the company stock price has reversed the decline, with several eCommerce sites listing the pre-ordered units as being sold out. BlackBerry CEO Chen remains guarded, and indicates that there is still a lot of hard work to be done. He states that the company may have lost focus in its attempts to garner more of the highly competitive consumer market, while it expertise was in the enterprise or business area. In addition to continue improving the moral among the employees, Chen also had to convince his wife to conceal her Samsung, which he said, was a source of embarrassment to him.

Observers see several factors that may be contributing to the turnaround and one of the areas may be the strength that it has had in the areas of encryption and security. The company is now believed to be exploring several opportunities in the Chinese market, where the expertise needed for privacy is in great demand. Chen has recently held talks with representatives with both Xiaomi and Lenovo, and although he declined to reveal details of the conversations, held in Beijing, he did indicate that there may be opportunities for licensing or manufacturing and the company is amenable to having a partner in the burgeoning but highly competitive market.

While there were previous reports and speculation of a sale of the company, which was eventually scrapped in favor of financing from a $1 billion investment from the major shareholders, Chen emphasises that the company is not for sale, but now willingly seeking partnerships, and China still holds remarkable potential for BlackBerry. The stylishly designed Passport was originally available in black and white, but with the introduction of the flaming red unit, sales can be expected to receive a boost when they are introduced on December 25.

It was about one year ago, that Chen assumed the position of CEO of the company after being chairman and CEO of software developer Sybase, which was eventually sold to SAP. He cites partnerships as being the key to the turnaround, and has already entered into agreements with Amazon, where the company’s products will be featured. The share price of BlackBerry has increased by more that 40 percent since his appointment, and there may be an accompanied shift in strategy, as the focus may now be on introducing fewer phones, but on returning the company to profitability.
A flaming red Passport, which will be introduced in December, can also be a strategic move, as it will give the product improved visibility, while showcasing the features of the smartphone that include the Qwerty keypad, as well as the beloved BB10.3 operating system. The reviews so far have been impressive, as one of the promises also include much longer battery life that surpasses those of its competitors. There is also the insinuation that BlackBerry may become involved in other areas besides smartphones.