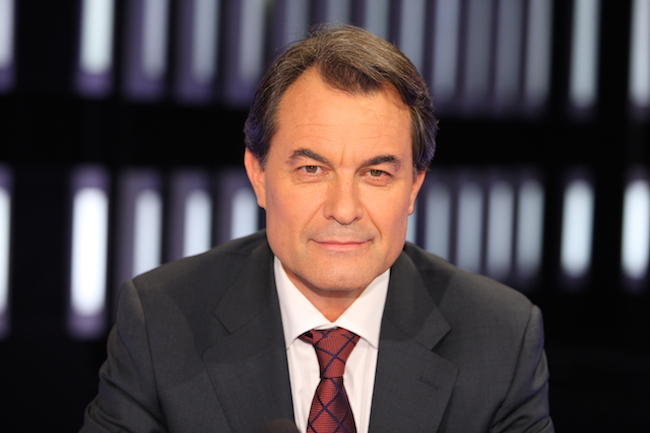 In the latest roadblock to the independence movement in Catalonia, a  Spanish high court has blocked the region’s planned symbolic vote scheduled for Sunday, Nov. 9. This was the second time the court has moved to stop such a vote.

Although preparations for Sunday’s informal vote have been elaborate, the unanimous court decision cast doubt over exactly what, if anything, will happen on that day. In September, the Catalan parliament voted overwhelmingly for a measure to give its President, Artur Mas, the power to defy the Spanish constitution and schedule a non-binding vote on independence. That earlier measure was also blocked by the same court. The latest attempt for an informational poll has been labeled as a “citizen participation process” with no meaning beyond a symbolic protest. Nevertheless, Spain’s governing conservative Partido Popular, or People’s Party, assailed the Sunday’s planned vote as a “covert referendum.”

The Spanish high court has not formally blocked the vote asking for an opinion on Catalonia’s independence, at least not yet. But in its agreement to listen to a suit against it, the court may have effectively stopped the Catalan government from proceeding. However, the poll has been slated to be staffed by 40,000 volunteers outside the government, so hair-splitting over who the true sponsor is will continue. With or without Sunday’s poll, public demonstrations are likely as approximately two million people had planned to cast their votes and most are likely in favor of independence. The strained relations between Barcelona and Madrid now seem certain to grow even more tense.

The separatist movement in Catalonia is concerned that Madrid, the seat of Spain’s government, does not respect the distinct Catalan language and culture and restricts Catalans’ democratic rights. Also distressing to secessionists are the lopsided returns on the national taxes paid. Even though Catalonians and their businesses pay 19.5 percent of Spain’s incoming tax revenue, Catalonia receives back only 14 percent of federal spending.

Driving the cause beyond the cultural and taxation issues is the Constitutional Court’s 2010 declaration that part of Catalonia’s 2006 Statute of Autonomy is unconstitutional. For its part, the government in Madrid says the region has plenty of economic benefits and general autonomy.

The Constitutional Court of Spain has promised to immediately review the case per the 1978 Spanish Constitution. Nevertheless, Sunday – the day of scheduled vote – has been reported as the earliest this would happen and the entire process could take months.

With a population of 7.5 million, Catalonia may be Spain’s wealthiest region and is known for its independent thinkers. Since the ratification of Spain’s Constitution, Catalonia has gained more autonomy from Madrid, including the approval of the controversial Statute of Autonomy of Catalonia in 2006. Other recognized “nationalities” in Spain include Galicia and the Basque Country.

The possibly-not poll in Catalonia this Sunday will come on the heels of an September vote in Scotland. That formal but unsuccessful vote would have separated Scotland from the United Kingdom and brought that country back to a fuller sovereignty last seen before the Acts of Union in 1707.

Regional voting is not allowed under Spain’s Constitution and that appears to be the crux of the legal conflict. Some say that, if those advocating for Catalan sovereignty are sincere, that they should should first go about changing the constitution. Only after that would such votes would be legal.

It is possible that the Catalonia independence”consultation” vote will go forward, whether or not it has been “blocked” by the Spanish high court. If so, Spain’s Attorney General Eduardo Torres-Dulce could initiate his own pursuit against Catalonia.