Cubic Ninja Holds the Key to Hacking the Nintendo 3DS 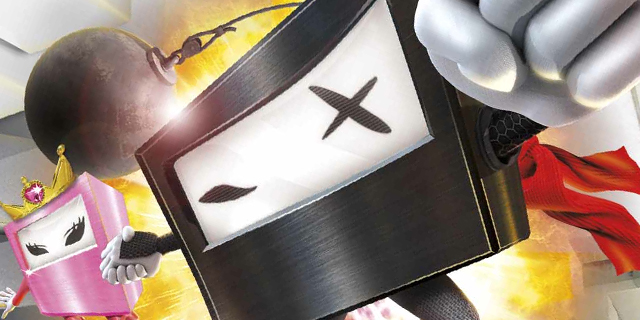 On November 17, it was made public that hacker Smealum found an exploit that could lead to the cracking of the 3DS. The exploit has been named SSSPwn. After months of work and collaboration is was discovered that one particular video game was the key to cracking the 3DS, Cubic Ninja. Nintendo fans may remember a similar experience with The Legend of Zelda: Twilight Princess on the Wii.

Cubic Ninja itself is a game that came out in 2011. It was developed by AQ Interactive and published by Ubisoft. The puzzle platformer uses the 3DS’s gyroscope as the primary means of navigating the protagonist (who is a ninja cube) through dangerous traps and mazes. The game has 100 levels, time trial mode, level editor, and unlockable characters that behave differently based on their composition. Ultimately, Cubic Ninja was disregarded when it received terrible reviews upon release. IGN gave is a 5.5 out of 10.

Prices began to skyrocket as individuals started looking for cheap copies of the game. Retailers quickly bumped up their price of the game and still sold out in many cases. Finding the title at a Gamestop has already proved to be incredibly difficult because the title has been out-of-print for some time. The Nintendo eShop often sells digital copies of games and in fact did have Cubic Ninja on the eShop. However, this was only the case in Japan and has already recently been removed from the digital store.

Amazon has seen a massive amount of attention surrounding the title. The price has jumped from about $5.00 to anywhere around $40.00 to $60.00. Some people are pushing the price beyond that and are trying to sell it for more than $100.00. The price will likely continue to jump in the next few days, as the specifics for the exploit will be revealed this Saturday, November 22. Apparently the exploit can be performed on any version of the 3DS, including the new 3DS and 2DS. The specific firmware also does not make a difference.

Using the Homebrew channel on the 3DS does not mean that people will be able to pirate 3DS games and play them for free, instead the channel can operate as an emulator, allowing gamers to have some of their favorite older handheld games. This means that Nintendo has missed their chance to bring old classics like Super Mario RPG to the eShop, as gamers will now be able to do all the work themselves.

In some regions Cubic Ninja can not be found, in others the price has risen to drastic amounts. The title supposedly is the key to cracking the 3DS and obtaining the Homebrew channel. This will likely not change the world of the 3DS for many users, but it does offer the possibility of giving gamers more of the odd games they wanted on the system but could not get, those involved have even shown off Minecraft running on the 3DS. The secret behind the exploit is said to be unveiled November 22, 2014.