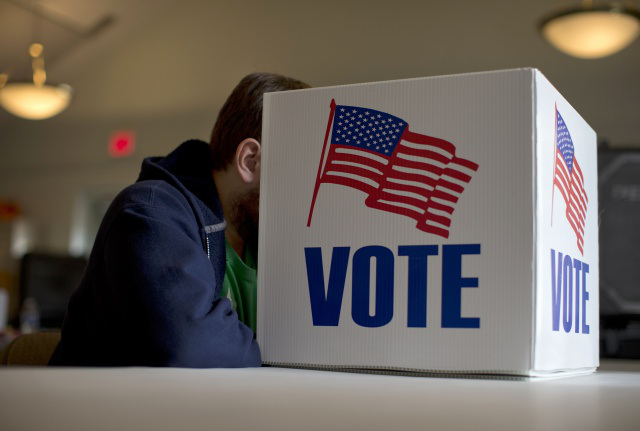 This week’s midterm election results looked like a dream come true for Republicans and a horrible nightmare for the Democratic party. In particular, it was especially hard on President Barack Obama.

Republicans received the surge they were hoping and took the United States Senate by storm.  Even better was their performance in 36 different gubernatorial races across the country. Many pundits around the country refer to the election rout as an earthquake and say that it will affect Washington for an indefinite period of time.

To summarize the race, Republicans gained sizable victories in states where it was expected. However, they also did better than originally predicated in what are known as battleground states when it comes to presidential elections. Right now, the GOP is looking to 2016 with hope and enthusiasm.

The biggest fact helping Republicans in this weeks election was that the President is suffering from a poor approval rating. This rebuke received by way of election results does not leave him with many options.

Republicans now dominate the Senate and have a larger majority in the House. This gives them more power to slow or even halt any of the president’s plans. It is up to Obama to decide whether he wants to extend a hand to Republicans on some points such as trade or tax reform or stand firm on issues like immigration reform and budget.

Obama is not the only one who has to make some decisions. Republicans have some things to decide as well.

Nationwide polls showed that citizens are tired of gridlock. They desire for the Congress and Obama to cooperate in order to solve problems. They are tired of seeing them refusing to budge on issues like climate change, taxes, and healthcare.

Kentucky Senator Mitch McConnell will now hold the title of majority leader. He will have to decide when to simply put up blocks to Obama’s plans and when to cooperate with the Democratic party and White House officials.

Ford O’Connell, Republican strategist, told reporters that the election results show that the majority of Americans believed that the country was moving the wrong way. He said they wanted Republicans to help change that direction.

Republicans are really wanting to occupy the White House again in 2017. The past years have shown that a victory in congressional races does not mean a power grab from the sitting Chief Executive. They know that real change in policy comes from occupying the Oval Office and using that as a platform for action.

Regardless it is obvious that the remainder of Obama’s time in office will be difficult. Like most presidents who are closing out their final years in office, he will be trying to shape his legacy. He will be working to protect his healthcare initiative at all costs. There is also the possibility of a Supreme Court justice stepping down which will inevitably lead to a heated battle in the Senate. Either way, the midterm elections will be something that is talked about every time the legacy of President Barack Obama is discussed.

As one pundit pointed out, Obama is not as incompetent as many want the American citizenry to believe but is also not the Messiah that his supporters were wanting. It has been pointed out by some that there is a wide chasm between promises made and promises delivered.

President Obama’s first trial may be in the form of immigration policy. Will he purposely agitate Republicans and call for unilateral action? Or is it possible that Republicans will bend on some measures in order to court the Hispanic constituency?

Even Democrats who managed to pull through were impacted by the election results.

After narrowly beating Republican Scott Brown, Senator Jeanne Shaheen from New Hampshire is noticeably and decisively taking a centrist approach as she looks to the days ahead. She has told reporters that she will work with all political views in order to get things accomplished.

Lastly, one has to consider the rather tense and often tumultuous relationship between Obama and the lady who Democrats are hoping will come in behind him. Hillary Clinton, former Secretary of State under Obama, will have no choice but to look at the results of the last election and the clear disenchantment expressed over the performance of Barack Obama.

In short, the results of the most recent midterm elections are undeniably linked to the next presidential election. Republicans currently feel a surge of adrenaline after taking over the Senate and proving to the other party that they can give a good showing in important states like North Carolina, Iowa, and Colorado. That positions them to be actual competition in the next run for the White House. That is, if they nominate a viable candidate.  And that search for who will carry their banner begins right now.

Assuming she decides to run, many of the Democratic party believe they have their viable front runner in the person of Hillary Clinton. However, they cannot forget that she was the favorite and forecast winner in the 2008 election and lost to Barack Obama, who at the time was considered a long shot for the nomination. Democrats may be thinking it is time for a repeat of 2008 with different results. Republicans are thinking they have a bright future but are well aware of the uncertainty of it.

According to exit polls last Tuesday, many believed that the election results would serve as a commentary on the current administration. Democrats knew this was coming and faced it with dread.

At one time, foreign policy was considered a strong point for Obama when he was running for re-election a couple of years ago. It is now considered to be a weakness and that did not help him in the recent elections. Concerns about the looming threats coming from the Middle Eastern Islamic State, not to mention the way the White House handled the Ebola crisis did not help the perception on the part of the public that the Obama administration was not able to guarantee the safety and well being of American citizens. That type of doubt and anxiety always hurts incumbents during election time.

Ironically, the public still views Congress, and especially members of the Republican party, in a worse light than the president. However, the historical tradition is for the voters to work out their frustrations, doubts, and fears on whoever is occupying the White House at the moment. The last election did not disappoint.