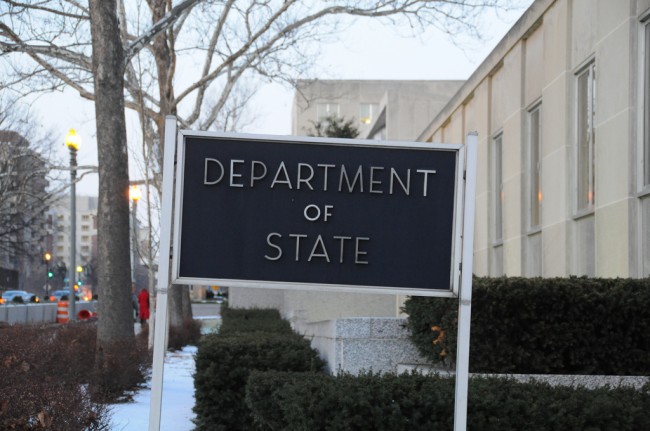 In an unprecedented move by the State Department, it has shut down the whole system of its unclassified emails. The step was taken in order to let computer technicians investigate a suspected hacker attack and fix any damage that might possibly have occurred within the system. According to USA Today, the cyberattack happened around the time of the hack that caused security concerns over the White House’s computer network.

According to a State Department official who elected to remain anonymous, there was concerning activity recently found in areas of the department’s unclassified email system. There was no breach of any classified areas he said. This activity was discovered at the same time as the cyberattack on the computer system of the White House, however the public was not notified that the State Department was also affected.

The anonymous official also said that while the State Department has currently shut down its email system, they would return to the level of normal operation quickly and that they had previously been shut down by the department on Friday in order to allow security improvements to be made. The network should be able to return to full operation on Monday or Tuesday after the completion of the updates. According to cybersecurity expert, Rick Holland, it is not surprising to find out that multiple government agencies were attacked. He said that the attacker is probably utilizing equivalent techniques on both networks.

This fall there have been multiple cyberattacks against government systems of the United States. In October, the White House’s unclassified computer network was hacked causing a brief shut down and investigation. While there was no breach of classified information or e-mails, the attack did cause some disruptions. Later in the same month the U.S. Postal Service had the personal information of around 800,000 employees compromised. In November satellite systems that were under the control of the National Oceanic and Atmospheric Administration were also hacked. Holland commented on the number of attacks saying that the frequency was cause for concern about security at a time that is very hard for the Department of Defense which is struggling with budget limitation.

The United States government has blamed both Russia and China for the different cyberattacks including the email, however nothing has been confirmed and both nations deny any involvement. Russian hackers were also blamed for attacks on NASDAQ, the infiltration of JP Morgan Chase & Co. and the theft of e-mail usernames and passwords from Gmail accounts. There was not enough evidence in any of these cases to support the theory that the hackers were backed by either government. Both nations have pointed back at the U.S. and stated that the government has performed the most cyberattacks of any country in the world.

After having shut down their email systems, it is unclear by what method the State Department will proceed. There will be an investigation into potential threats as well as continued development of cybersecurity programs. It is expected that once the security updates have been completed on the email systems early next week, the State Department will speak about the shutdown.