Federer Prevented From Number One Due to Nagging Injuries 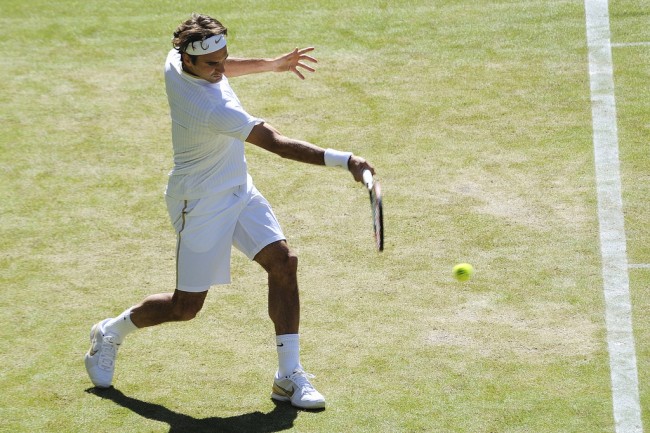 Roger Federer has been prevented from reclaiming the number one ranking in men’s tennis this year due to nagging injuries. He had been enjoying a bit of a resurgence this year, at least until the last couple of months. But he is really having a terrible end to what was otherwise a solid year for him.

Despite Federer being prevented from the number one ranking due to the nagging injuries, he is still probably the most decorated and accomplished men’s tennis player in history, and is often even considered the greatest men’s tennis player in history. Federer has won 17 career Grand Slam titles and has been to 25 Grand Slam Finals matches overall, both easily records. He has spent over 300 weeks as the world’s number one ranked tennis player, more than any other man, and he has won just shy of one thousand matches in his storied career. He has 82 titles in all to his credit, including six at the World Tour Finals and just shy of two dozen Master Series championships.

There are a couple of things that Federer has not yet achieved, however. He has not won a Grand Slam in over two years (Wimbledon 2012 was his last Grand Slam title), and he has never won an Olympic Gold medal for singles titles, which would give him the distinction of a career Golden Slam (that means having won all four Grand Slam titles, as well as an Olympic Gold medal in singles competition). It should be noted that he did win a Gold Medal for Men’s Doubles in Beijing in 2008. He has ended five years overall atop the rankings in tennis, one shy of the six held by Pete Sampras. Finally, he also has never led Switzerland to a David Cup title, although that much he hopes to be able to remedy before this year is out.

Federer is still working to achieve some of these goals that have eluded him, although time is clearly running out. Many people do not consider him a serious contender for the gold medal in the 2016 Olympic games, as he is not getting any younger, and that is still two years away. His chances to grab the number one ranking when there are so many top quality guys like Novak Djokovic, Rafael Nadal, and Andy Murray, to mention the most obvious names, makes it seem unlikely that he will get another chance as good as the one that he had this year to end another year atop the men’s rankings.

Now, Federer’s chances to lead Switzerland to Davis Cup glory also took a hit, as he lost his match to Gael Monfils earlier today. Monfils won in straight sets over Federer, 6-1, 6-4, 6-3. It was the first ever victory for Monfils over the former French Open champion on clay. Federer was unable to shake off a nagging back injury to take the match and give Switzerland what would have been a commanding 2-0 lead against France. The two nations are now tied 1-1 in their Davis Cup series.

It has been an unusually tough end of the year for Federer. He was fighting an uphill battle trying to snatch the number one ranking away from Novak Djokovic to clinch the ITF Championship, but was forced to withdraw from a big showdown with Djokovic at the ATP Finals this past Sunday due to an injury. It was an anti-climatic end to the excited buzz about the big match. Federer’s injuries late this year prevented any slim chances that he still might have had to claim the number one ranking, which had opened up a bit for him, in part due to injuries that plagued Nadal, as well as the on court struggles of Andy Murray. Yet, he was ultimately unable to overcome Djokovic’s consistency this year, which was reminiscent of Federer’s own tennis court dominance years ago. To make matters worse, Federer also found himself in the middle of a controversy with his fellow countryman Stanislas Wawrinka, the man that he won a gold medal with in Men’s doubles in Beijing, as well as his teammate on the Swiss Davis Cup team. Wawrinka had asked Federer’s box to quiet down, and even accused his wife, Mirka, of heckling him. However, both players have downplayed the significance of this, and have continuously reiterated that they are close friends off the court.