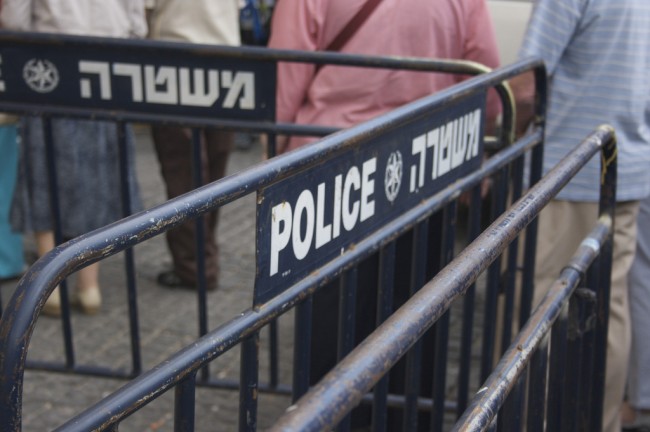 The stabbing of four Jewish priests and a policeman at a synagogue in Jerusalem this week seems to indicate a shift in the Israeli-Palestinian conflict more towards religion than politics. In the latest incident, three Israeli-Americans were among the victims of the violence that was carried out by two cousins who stormed a Jewish synagogue during morning prayers.

The Israeli prime minister blamed the attack on Palestinian leaders who continue to incite their people to carry out violence against Israel. He said the public condemnation of the attack by Mohamed Abbas, the Palestinian Authority’s leader, was insufficient.

A major cause of the historical conflict revolves around Jerusalem, a city considered holy by both Muslims and Jews. Jews want to keep it because it holds the ruins of its temple. They call it the “Temple Mount.” Palestinians want to keep it because on top of the ruins stands Al-Aqsa mosque, which they consider to be one of their holiest sites. They call it “Haram al-Sharrif,” which means “The Noble Sanctuary.”

Today, most Palestinians occupy East Jerusalem while those who live on the west are at times monitored heavily by Israel’s law enforcement. They accuse the city’s law enforcement officials of discriminating against them. East Jerusalem residents speak of receiving inferior government services and economic inequality compared to the services offered to the residents on the west Bank. The majority of residents in the western part of Jerusalem are reported to be Israelis.

Successive United States presidents have tried to bring the Israel-Palestinian conflict to an end without success. In 1993 President Bill Clinton managed to bring together Palestinian Liberation Organization’s Chairman Yasser Arafat and Israel’s prime Minister Yitzak Rabin to sign the Oslo Accord on the White House lawn. Under the terms of the accord, Israel would withdraw from the occupied territories while Palestinians would create the Palestine National Authority to manage the areas vacated by Israel. The two leaders agreed to resolve all outstanding issues within five years. Little progress was made in the following five years.

Toward the end of Clinton’s presidency, he tried to jump-start the Israel-Palestinian talks one more time. He invited Yitzak Rabin and Yasser Arafat to the 2000 Camp David Summit. While the two leaders disagreed on a number of issues, the most contentious one was the ownership of Jerusalem, which had shifted the focus of the Israel-Palestinian conflict from the political arena to ownership of a city that was home to religious sites. The Palestinians wanted East Jerusalem under their absolute control while Israel offered Palestine only the right to control some holy sites. Arafat turned down the offer. The 2000 Camp David summit ended with no concrete resolutions.

Another Israeli primer minister, Ehud Barrack, suggested that Jerusalem should be divided into two cities-Yarushalaim for Jews and Al Kuds for Arabs. Arafat rejected this offer as well. In 2007, the then Israeli Prime Minister, Ehud Olmert, broached the subject again when he suggested that Jerusalem be divided in a peace settlement. He abandoned the idea when it turned out to be politically sensitive.

The stabbing of four Rabbis in Jerusalem this week indicates that ownership of Jerusalem has shifted the Israel-Palestinian conflict from a pursuit of nationhood to a religious one. Benjamin Natanyahu’s promise to crack down on perpetrators of violence against Israel even as Hamas predicts more attacks is an indication that peace in the region may yet be a distant dream.