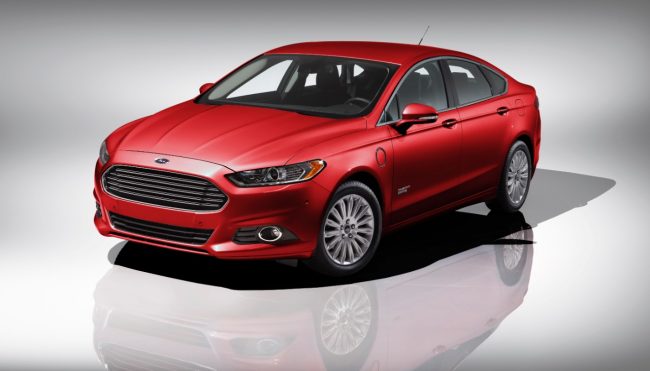 Ford underwent a recall Tuesday on its popular Fusion sedan model, when it was discovered an ignition defect could cause it to roll away or leave it vulnerable to theft. The recall affects model years 2014 and 2015 and includes 56,500 cars registered in the U.S. and 8,500 in Canada and Mexico. Recalled models include the regular sedans, hybrid models, and the high-performance Energi.

For cars with automatic transmissions, U.S. regulations require that the ignition key remain locked in the switch until a vehicle is shifted into park. Unfortunately, drivers of the Ford Fusion reported that the ignition key could be removed even with the car still shifted into drive. This remained the case for up to 30 minutes after the vehicle powered-down, causing a roll-away and theft risk, in violation of automotive safety regulations.

Ford emphasizes the Fusion recall currently underway is merely precautionary. It is a required step for regulatory compliance, if the company wishes to avoid fines and sanctions. There is also concern for safety, although no injuries or deaths have been reported as of this time. The National Highway Traffic Administration website has not listed this recall, although that is likely to be updated in the near future.

The most likely cause of this ignition defect is a programming fault in the instrument cluster. There is no communication between the ignition apparatus and the transmission to ensure the car is in park first before the key is removed. Repairs involve reprogramming the instruments to keep the key locked, until the car is no longer set to drive. The adjustments will occur at authorized Ford dealerships at no cost to owners.

This recall is widespread, as the Fusion is quickly becoming a very popular consumer car that has been inspiring consumer confidence, with its features and low cost.  The Fusion is the company’s best-selling sedan in the U.S., this year.  Sales in 2014, through to October, hit 250,000, which is 20 percent higher than the previous year. There is hope that the recall can be done efficiently to not affect this momentum.

Unfortunately, 2014 has been a rough year for the auto industry and recalls. So far, 60 million vehicles have been subject to recall. General Motors Co. is the recall leader, with campaigns affecting 26.5 million vehicles, including one that also involves ignition.

Ford has experienced its fair share of recall difficulty. It currently manages 36 recall campaigns involving 4.3 million cars. This is almost three times the number it needed to implement in 2013. That year, Ford recalled 1.2 million vehicles in 16 campaigns.

The current ignition issue is the sixth recall this month. Earlier in November, Ford had already started five active recalls that touched 200,000 vehicles and it needed to expand a previous recall. That campaign involved Takata airbags and included 85,000 cars. It recently expanded to an additional 25,000 vehicles to include both driver and passenger airbags in the Ford Ranger.

With the latest Ford Fusion recall underway, Ford Motor Co. instructs consumers to wait until a formal recall notice arrives in the mail before contacting their dealerships. Those will start mailing around January 5, 2015. If any problems arise before receiving the notice, Ford recommends contacting the dealer immediately.