Jennifer Lawrence a Beacon of Hope On and Off Screen 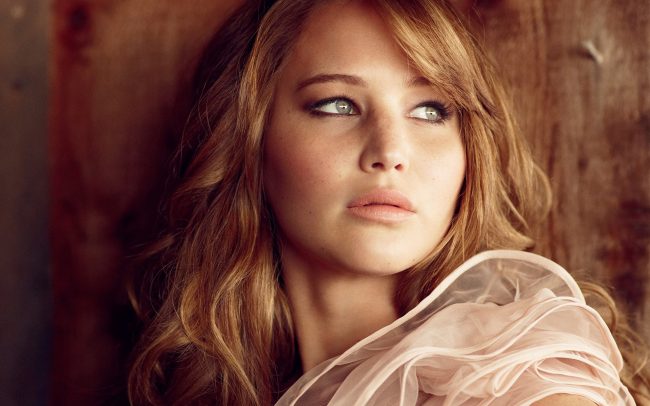 Jennifer Lawrence has become one of the most famous and celebrated young women in the world due to her immense success in the film industry and one must make recognition of the fact that the actress truly resembles a beacon of hope not only on screen in her movies such as The Hunger Games, but also off-screen as a human being. Time after time, Lawrence has proven herself as an individual who does not succumb to the pressures that come with super stardom.

Any follower of the actress will think of Lawrence as one of the realest and most down-to-earth celebrities that they see on television. Her numerous talk show appearances have millions of hits on YouTube due to her witty remarks and very charismatic personality. The star always seems to shine some positive light in her appearances which makes her a very likable person, indeed.

In her selection of performances, the star takes to a variety of characters, expressing her skills as a versatile actress, but always has a common thread of strength and bold emotional arguments within each role. Perhaps her most known part is Katniss Everdeen in The Hunger Games franchise. Katniss is a bold character, one who will tell someone how it is, but only when necessary. The character contains an understandably human amount of fear given her circumstances, but is considered by many within her world to be a fearless leader due to her strong will to stand for what is right, no matter the consequences.

Lawrence herself reflects much of Katniss’s themes in her own life. Whether her actions are a publicity stunt or not, they do have a great amount of impact for the better. The actress has made multiple stands on the negativity the world of Hollywood exudes on appearance. Stating at one point that she was considered a “fat” actress in the entertainment industry, Lawrence made it known that she was comfortable and proud in her size and people should not be held to such unrealistic standards.

On the matter of money, Lawrence has proven to remain as frugal as any other Midwesterner. A Kentucky native, Lawrence states that she does not believe in paying more for what something is worth. The star recently purchased a $7 million home in Beverly Hills, which is very pricy, yes, but in central Los Angeles where the actress is needed so often, a $7 million house is rather common. The actress then informs the public that she took to IKEA to furnish her new home. Disgusted at the price of designer couches, the actress states that one can find a couch just as stylish and just as practical at cheaper retailers such as IKEA for so much less.

To see an individual at the top of Hollywood’s A-List, one with so much influential power, grounding herself in a realistic, productive and inspiring manner is rarely heard of. Although to some she may seem like just another millionaire movie star, this woman holds more power to be used for good than they know.

Whether she knows it or not, Jennifer Lawrence is a beacon of hope to so many of the world on and off screen. One can only hope that her actions will influence the next generation of public figures and that the world will be a better place because of it.