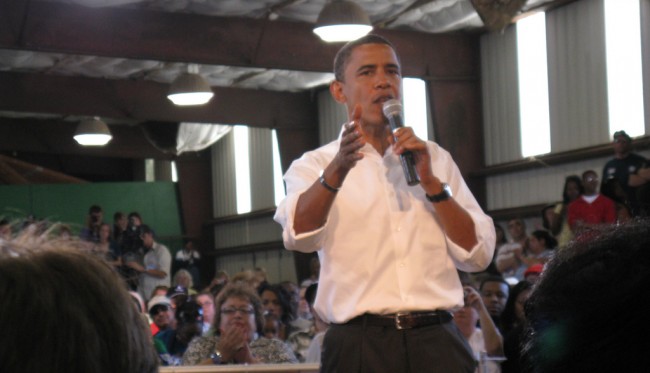 In a turn of events, Grey’s Anatomy took precedent over President Obama’s speech on ABC last night. To top it off, the other two main networks, NBC and CBS, followed suit putting their regular programming on. The White House has not been happy with the decision, considering how important the speech was.

The networks announced that they worried about the ad revenue they would lose. They would also end up with a number of annoyed viewers. People already get annoyed when matters out of the networks’ hands lead to TV shows having weeks off at random.

For ABC, it was important to air Grey’s Anatomy without disruption. It was the mid-season finale, meaning viewers have to wait until January or February to see how the events from the episode will play out. A number of storylines have been left on cliffhangers, including April and Jackson’s baby having a birth defect, Derek leaving for Washington and Amelia possibly being able to operate on Dr. Herman.

Some other networks did air the 10-minute speech from Obama, including Spanish networks that translated the speech in real-time. However, the main networks refused. This is despite airing the 17-minute speech that President Bush made eight years ago.

Bush’s statement was about the deployment of 6,000 National Guard troops to the US’ border. Obama was expected to give information about that same issue, but it would have more impact. The networks were encouraged to air the speech, but Grey’s Anatomy took precedent over the Obama speech on ABC. The Big Bang Theory and The Biggest Loser took precedent on their networks.

It seems that the decision against airing was also due to the government announcing the speech on Facebook. However, most people believe that ad revenue would have been affected, and Grey’s Anatomy would have meant more money for the network.

The three main networks in the U.S. did show an announcement the president made on September 10. That was about ISIS, and considered extremely important matter at the time. It seems the decision to provide amnesty for the five million undocumented immigrants was not a big enough issue to air live.

Fox decided not to air the speech either. Bones was airing at the time of the speech, and that would bring in more viewers. However, the network decided to air it on its sister site Fox News. This seemed to make more sense considering it was news, but it still meant the announcement did not reach as many people as it could.

ABC announced that while the speech was not aired live, it would be available on all news components connected to the network. People would be able to watch online and listen on radio. The three networks also aired the speech during the nightly news programming.

According to the networks, they were never asked to air the speech. It is possible that they would have agreed to it had they simply been asked; along with enough notice. However, networks are businesses and they need to think about finances as well as national importance. Grey’s Anatomy may have still taken precedence on ABC rather than Obama’s speech.