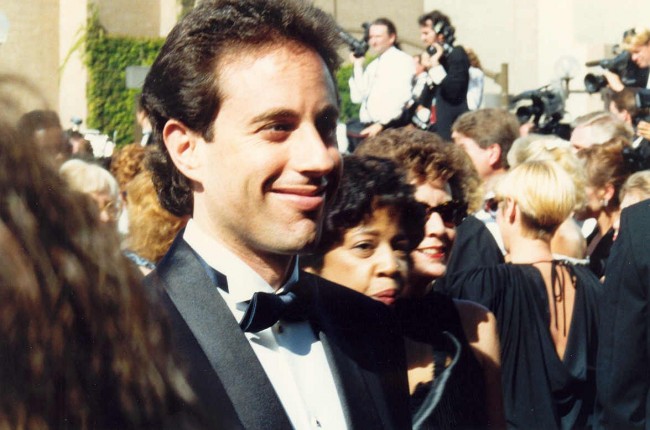 Is Jerry Seinfeld autistic? During a recent interview with the NBC Nightly News broadcaster Brian Williams, comedian Jerry Seinfeld made the revelation that he believes he lies somewhere within the spectrum of autism, that he might, to a degree, be autistic. He seemed to be quite sincere in this belief, and revealed the reasons why he thinks he might be autistic to a degree, though there have been some people who think Seinfeld is just jumping “on the autism bandwagon,” as an editorial at Viral Global News suggests.

Jerry Seinfeld, 60, stated in the interview with Brian Williams that he has become more aware of what he believes are signs he might be autistic. He noted, for example, that he has “a struggle” engaging in basic social situations and he does not always pay attention to what other people consider to be “the right things.”

There are an array of possible symptoms that indicate a person is autistic, according to the National Institute of Mental Health. At least two of them sound as if they might apply, to an extent, to what Jerry Seinfeld said about himself to Brian Williams.

For instance, one of the symptoms has to do with “persistent deficits” or problems in both communicating socially and interacting socially. Jerry Seinfeld said that he has problems dealing with people sometimes, also. Johnny Carson was one of several other comedians who have stated that he had problems dealing with people in social situations and he did not like to go to parties or places where there were a lot of people.

The other symptom that might, in part, apply to Jerry Seinfeld mentions that someone who is autistic might exhibit “repetitive patterns of behavior, interests, or activities.” Rocking in chairs or having facial tics are some examples of these behaviors, though Jerry Seinfeld likely means he has certain interests and activities that he gets into and enjoys and he gets so wrapped up in them that he might tend to exclude others, at times.

Jerry Seinfeld told Brian Williams that he was “very literal,” not always understanding what people mean when “they use expressions.” However, Seinfeld stated that he did not see that necessarily presented any problems to him, or that it was “dysfunctional” behavior. He just referred to it as being more like “an alternate mind-set.”

The comedian is still very much involved with entertaining people and making them laugh. Seinfeld has his own web series, called “Comedians in Cars Getting Coffee,” which just began its fifth season last Thursday. The show premiered in 2012. Comedians, Seinfeld revealed to Williams, are some of the only people he can relate to and “feel completely relaxed around.”

Is Jerry Seinfeld autistic, or is he just jumping on the autism bandwagon, so to speak? Whatever the actual case might be, at least some autism groups like Autism Speaks and the National Autism Association have come out in support of Seinfeld’s sharing the news that he might be autistic. If Jerry Seinfeld is autistic and he ever decided to throw his support to finding a cure for autism, he would probably be a very effective fundraiser.

The editorial at Viral Global News raises many questions, not only about Jerry Seinfeld and his revelation but also about American Society, in general. The article uses the word “trend” to describe the numbers “of people claiming to be autistic or have autistic children.”

The article suggests that what were once thought to be just “personality traits,” are now being considered signs of “autism.” The author of the article suggests that some parents act as if they want to have their children get diagnosed as having “special needs,” and that the apparent need or desire to have children who are special in one way or the other has begun to carry over to adults who claim to be autistic. The author wrote that this desire to be a “fad,” and that Seinfeld was more likely to not be autistic, but “just quirky.”

“Comedians in Cars Getting Coffee,” is just what the name of the show implies, comedians in cars getting coffee. It is more than that, of course, with the comedians revealing details about themselves and having a great time, joking and talking about a variety of topics. People Jerry Seinfeld has had on the series include Chris Rock, Sarah Jessica Parker, and Seinfeld co-creator, Larry David.

Is Jerry Seinfeld autistic? If he is, he is one of the people who have it that function at a fairly high level. Seinfeld’s sincerity suggests that he is not just jumping on the so-called “autism bandwagon,” though other people who have done just that might be quite sincere in their beliefs, also. The entertainment value and laughs that Jerry Seinfeld has provided and continues to provide to millions of people somewhat makes it all moot. Drawing attention to people who are autistic and to organizations striving to find a cure for autism could be a major benefit of Seinfeld’s ‘revelation.”