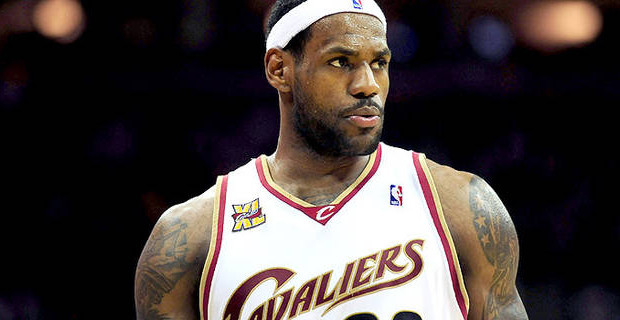 Lebron James, aka King James, knows a few things that many people do not know and there are some things he simply does not know. For starters, the basketball star could not know, nor is he obsessed with whether he will ever truly rival Michael Jordan’s record. What the King absolutely knows is, win or lose, he has gifted the city of Cleveland with an eternal victory. This was achieved upon the ball player’s return to Cleveland from his Miami Heat departure.

This is not to say that Cleveland does not expect, hope and need to see some definite wins this season. In the first game since his triumphant homecoming, it would have been a ceremonious occasion had the Cavaliers won. They did not. No one will ever know what amount of internal agony resulted from losing the opening game, especially for the Cavalier’s star Forward. This, for sure is something the King absolutely knows.

His fans hold fast to the fact that James has what it takes and that he possesses the will to win. If only the will to win was enough, after the confetti fell and Usher sang the National Anthem in the pre-game spectacle, then the New York Knicks wouldn’t have had a fraction of a chance at prevailing. According to The New York Times, the Knicks took full advantage of the fact that James’s performance was less than expected. Consequently, the Cavaliers came up short.

One could make a compelling argument that a little extra time was still needed for ramping up, and transitioning back onto the Cleveland court. To do so, it is necessary to, hypothetically separate the athlete, from the man. Here is a man, James, who transparently expressed that his respect for Cleveland is that the town represents for him, one that raised him up. For this, according to USA Today, he holds a very special place in his heart. This is evidenced by his personal nonprofit foundation’s Cleveland-centered youth programs he runs, to his sheer dedication to reaching back.

Now, returning to Cleveland after wearing a Miami Heat jersey for four seasons could, conceivably, have caused residual emotion to take the ball player off his opening game. Rest assured, if this happened to be the case, the King’s eternal goal is to bring Cleveland a mass victory. He will get his head back in the game. It is just a matter of time.

Fast forward to the second game of the season, the Cleveland Cavaliers against the Chicago Bulls. On Jordan’s home turf, questions swirl about what James may be thinking, now. For sure, he showed he was thinking like an athlete back on his game. ESPN Radio reported during the second quarter, the Cavaliers were leading 52 to 44. With much better performance than the opener, James was shooting at 50 percent, and described as bouncing back, in a nice way.

It may be unrealistic to attempt to travel into the mind of James, but as an athlete, there is a lot that is already known. According to the Bleacher report, James has a bevy of skills, not the least of which are speed, strength and scoring prowess that makes him a dynamic blend of Jordan, Karl Malone and Magic Johnson, too.

Clearly, trying to compare James to Jordan and leave it there, does not tell the whole story. This guy has all kinds of greatness inside himself. Meanwhile, the Cavalier’s Forward had no time to figure out any of this continual debate chitchat during game time. With renewed focus, there was no stopping the team with an overtime win, Cavaliers 114, Bulls 108.

In post game, James didn’t focus on how his team dominated on Jordan’s court. Instead, he opened up, remarking that his eternal determination is and will continue to be, to bring a championship victory for Cleveland. This has become a well-known James sentiment. When it will actually happen, not even King James knows that.