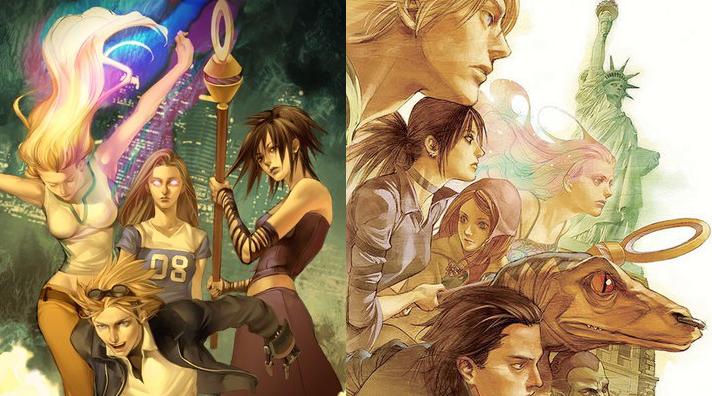 Marvel is dead set on making fanboys’ and girls’ spontaneously combust in anticipation and excitement for upcoming projects. Following the announcement of their goal of cinematic domination with the upcoming Phase Three project, Marvel announced their plans for taking over television. Sites set on a more underdeveloped team in their roster and planning to capture a teenage audience, the comic book and superhero conglomerate proclaimed that they were in the works of making The Runaways a television series.

Revealed during the question and answer portion of the Marvel’s set during the Phase Three announcement, Kevin Feige gave viewers the inkling that The Runaways just might be the next set of heroes to make it big in the cinematic and television universe. Rumors that the team were going to become a full-length movie circulated all over the blogs and news papers for the past year. When Feige was asked whether the film was just a fanboys’ and girls’ imagination running wild or an actual concept brought to life, he responded by claiming that the script was still in the “vault” and would probably be turned into an ongoing television series.

Let the choir sing and the church bells ring for this supposed revelation. Considering that Marvel’s domination on the smaller screen is only in their cartoons, it would be their best interest to focus on developing a television series that could capture teenage to adult viewers. Feige stated that the movie idea for The Runaways was shelved so that Marvel could focus on making The Avengers the billion-dollar success that it was. With all Marvel’s chips resting on the success of one of their most iconic teams in the cinema, the comic book conglomerate would focus their attention on developing other projects to further hone on fans’ pockets and hopes.

Writer of The Runaways film Drew Pearce also hinted at the change of events for his script. Following his Iron Man 3 script, Pearce previously announced that Marvel still had his script in the works and was looking to revamp it into an ongoing television series. This could prove to be a make or break move for the well-known writer as it gives him the chance to showcase multiple story lines within The Runaways mythos and give Avengers‘ writer Joss Whedon a break from being the only writer to successfully produce a hit, live-action Marvel show (Agents of Shield).

The Runaways comic series is a cult hit with readers and was originally penned by creator Brian K. Vaughan as a spin-off series from Young Avengers. Focusing on the lives of young superheroes birthed from super villains in Los Angeles, the comic produced over 190 issues with two different spin-off series to follow that are still in publication. The comic tells the story of a band of teenagers, Alex Wilder, Chase Stein, Old Lace, Gertrude Yorkes, Victor Mancha, Xavin, among others, who ran away from home after discovering that their parents are all members of the super villain team called The Pride. The teens band together to become crime fighters and change the devastation that the villains have set in motion. Like many comic book series that have become hit-shows (The Walking Dead, The Strain, The Flash), The Runaways could prove to be another great move for Marvel studios to make some extra cash and tell a new story that does not focus on the Avengers universe.