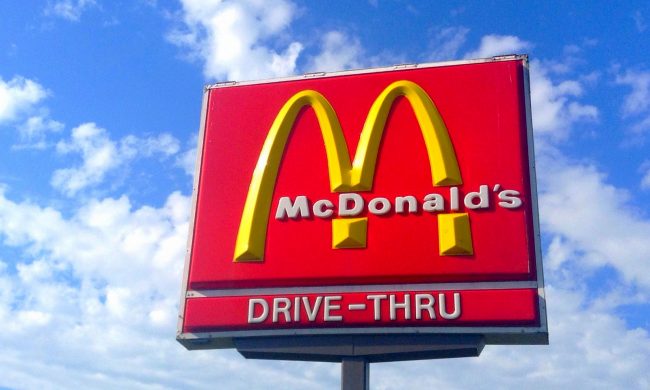 McDonald’s is recalling a Happy Meal toy because of a possible choking risk. The fast food restaurant has recalled a Hello Kitty type whistle passed out to children through Happy Meals, stating there is a potential chance the kids might choke on some of the toy’s pieces.

The United States Consumer Product Commission explained to the public on Monday that two youngsters had apparently coughed up parts of the whistle that they had drawn into their throats, with one who had to receive emergency medical care. The safety commission noted that pieces of the three-inch tall Hello Kitty Lollipop whistle could easily come apart and be sucked into the throats of small kids, therefore, posing threats to their health.

McDonald’s released a statement that said around 2.7 million whistles had been manufactured, but not all of them had been sent out to American and Canadian restaurants. The toys that had been given in the U.S. and Canada were passed out in the months of October and November and they had been placed in both regular Happy Meals and also Mighty Meals.

McDonald’s home office is located in Oakbrook, Illinois, and it was the establishment that released the official recall statement. It also told that there were about 2 million whistles that were dispersed around the United States and about 200,000 in Canada from the middle of October to the first of November. It was also reported that the toys were manufactured in China.

The toy whistle was said to have been red in color and came with a Hello Kitty figure. She was holding a heart-shaped pink lollipop. There was a picture of Hello Kitty on each sides of the whistle. Apparently the figure was reported to be about 3 inches tall and the whistle was almost 2 inches in height.

It was also reported that the typescript 1976, 2014 SANRIO CO., LTD was placed above the toy’s face on the whistle, and Made for McDonald’s China shows up underneath the face on the whistle. The toy’s packaging had the writing Hello Kitty Lollipop and the number 6 located in the top right corner.

Consumers have been asked to bring back the whistles to McDonald’s as soon as possible. They will get a free different toy and their selection of either a bag of apple slices or a yogurt tube for their trouble. McDonald’s officials declared that nothing was more important to them than the safety of their customers and that included the toys they offered.

If any customers have questions, they are welcome to call McDonald’s at (800) 244-6227 between the times of 7 a.m. and 7 p.m. CST, seven days a week. They can also visit McDonald’s at their website which is located at the link below. The fast food chain believes it has gotten back around 1.7 million whistles as of this time. McDonald’s officials really want consumers to return any whistles out there because they feel the toy is a very viable threat to children.