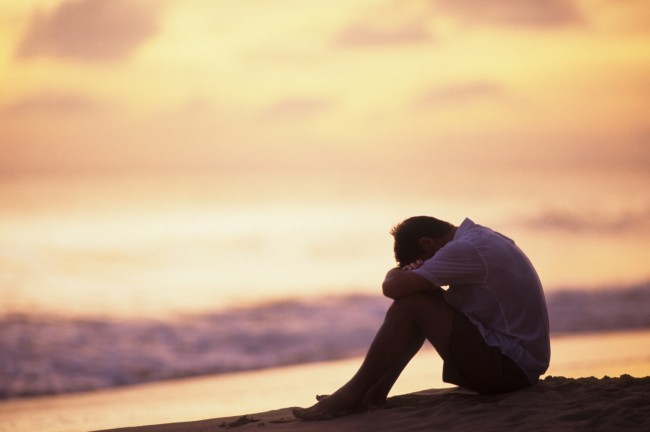 A new study found that people ignore global suffering because it makes them feel bad. People will help an individual if his or her plight pulls on their heart strings, but the same people will not act to alleviate the pain of millions in need because they are depressed by what they cannot accomplish.

Daniel Västfjäll of Linköping University, and Paul Slovic and Marcus Mayorga of the University of Oregon, titled their study Whoever Saves One Life Saves the World: Confronting the Challenge of Pseudoinefficacy. They examined the question of why people will donate generously or go out of their way to help one person in pain, but will give less or even refuse to help large numbers. At first they assumed it was because the heart relates better to the individual. Once numbers are introduced the head takes over and begins thinking analytically, they hypothesized, but they found that was not the whole story.

In their experiments, the team presented people with a young girl facing starvation. They measured how much volunteers were willing to donate to help her and keep her from death. Then they presented another group of people with the same story of the starving girl, but also included data on the millions of other people around the world who are suffering from starvation. Logic says this group should have contributed an equal amount to the girl, but they did not. In fact, on average, they only contributed half as much to solve the problem.

Slovic explains that as numbers of people afflicted with hardship grow, “We sort of lose the emotional connection to the people who are in need.” If the focus remains on the little girl, why do the millions of fellow sufferers matter? Should not the desire to help her override the analysis of facts and figures?

Digging deeper into the quandary, the researchers discovered that the feelings of not being able to help every person diminished the desire to help one individual. If people feel that they cannot make a difference they do not bother to try. They feel their actions to change the world are not efficacious, they will not bring a powerful result, so they retreat from their emotions.

The tragedy of this mindset is that actions do have the power to nourish and sustain an individual, but, experts say, people lose sight of the fact that saving one life is better than saving none. Västfjäll, Slovic and Mayorga begin their paper by quoting a scene from Schindler’s List. The protagonist, Oskar Schindler, is bemoaning the fact he did not save more Jewish people from the Nazis. He has just been given a ring with an inscription from the Talmud that spoke of the importance of saving one life. He cannot see the 1,100 lives he saved for thinking about those he did not. The psychologists posit that, according to their research, had he focused on all the people dying in the first place, he may have felt overwhelmed and not saved any person.

In their abstract the researchers explain that hopelessness overpowers the warm glow people get by providing assistance. They state that the demotivation people experience as a result of imagined inefficacy in not rational. If people could think like computers, the researchers suggest, they would see that helping a few is preferable to letting all suffer. However, the psychologists also describe two reactions to feelings of inadequacy. Some people find less joy in their charity and withdraw.  Others are more motivated by feeling badly about those they cannot reach. The researchers want to learn what makes people react differently so they can tap into those motivations and encourage people to help one another.

The researchers published their study on Global Justice at the University of Oregon. They want to know how to stimulate prosocial behavior to impact world problems. For example, contributions to fight Ebola have been very low. Perhaps the media focus on the despair and desolation caused by the disease has made people think their contributions will not have an impact on the scope of the problem. On the other hand, when Haiti experienced its earthquake and Thailand went through the tsunami, donations poured in from around the world. What made people believe their help could solve those problems?

The researchers ask, “What motivates us to help in certain situations while in others we turn away?” The answer they found was a sense of inefficacy, of feeling that actions make no difference. The study concluded that people ignore global suffering because it makes them feel bad. The next question, say researchers, is how to change that irrationality.