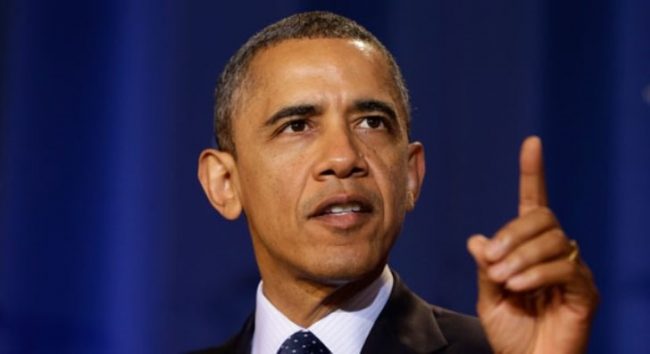 Obama took a stand for net neutrality today by issuing a statement urging the Federal Communication Commission to protect an open internet. Labeling the internet as an essential utility, Obama asserted that American consumers should control the content they access, not specious deals between internet service providers and larger companies. In a show of solidarity with net neutrality supporters, Obama said he would fight with the people for net neutrality.

President Obama stated that the World Wide Web was built around three guiding principles, “openness, fairness, and freedom.” There should be no gatekeepers restricting content, he claims. Rather, the consumer should choose what websites to view and where they obtain information. Obama released a video outlining his views on net neutrality the same day that protestors congregated outside FCC Chairman Tom Wheeler’s house to demand the FCC rewrite its policy.

Under the Telecommunications Act of 1996, internet service providers were classified as information services. Common information services are Google and Facebook. Net neutrality supporters, and now President Obama, are asking the FCC to reclassify providers as utilities, or telecommunications services, such as phone and cable companies. This seems like common sense to some supporters of net neutrality now. However, way back in 1996 policymakers were unsure of what exactly the internet was or how it should be regulated. Classifying service providers as information services worked because the Web was smaller. The FCC asserted strict control over how the internet providers operated. It regulated broadband companies the same way it regulated telephone companies.

However, in January a federal court ruled that the FCC had overstepped its regulating mandate. The court told the FCC it could not maintain strict control over service providers unless it changed their designation. The court basically told the FCC to reclassify them as telecommunications providers.

The FCC held back due to the influence of the internet companies. Broadband providers, such as Comcast, Verizon and Time Warner, saw the court’s ruling as the opportunity to make profits and the freedom to make their own rules. With their encouragement, Tom Wheeler developed a proposal that would give telecommunication companies more direct control over content on the internet. The internet providers argue that regulation impedes innovation and investment in new technology. Like any business, say industry experts, the internet is a compromise between businesses seeking profit and consumers seeking service. Already, mergers and buyouts have consolidated internet providers into a handful of giant companies. Perhaps fewer providers with more control over their product can streamline and improve service, but perhaps they would have more leeway to take advantage of the consumer, some commentators fear.

Supporters of net neutrality are concerned about the latter. Already a lack of investment in service has caused the United States to lag behind many nations in terms of internet speed and access. People do not want the information superhighway to become a network of fast lanes, slow lanes and toll roads. They say they want the internet to work the way it does now. Any person in the world can create a website and be assured that consumers have the same access to it as they do to Google. Whether anyone reads the website is a matter of consumer sovereignty. Proponents of net neutrality fear that the internet could change for the worse with degraded service, higher costs, uneven service and a greater divide between those who can afford access and those who cannot.

President Obama stated, “Internet providers have a legal obligation not to block or limit your access to a website.” The word legal has a strong implication. It may be a legal obligation today, but it will not be tomorrow if the FCC enacts Wheelers plan. Only reclassification as utilities under the Telecommunications Act will preserve the FCC’s power to protect the consumer. Otherwise, say net neutrality proponents, internet service providers will have even less oversight and more freedom to fleece users. Can they be trusted to operate in the best interests of consumers?

Supporters of net neutrality gained an important ally on Monday. If President Obama is on a mission to be a president for the people, they state, an open internet is a good place to start. A free nation is built on abundant information. A duty of the government is to ensure the means of information remain accessible. Obama took a stand for net neutrality today, and many supporters hope the FCC is listening.