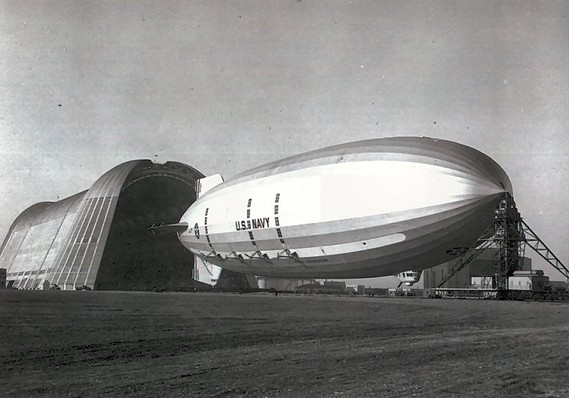 In a deal worth $1.16 billion, NASA has leased their Moffet Airfield to Google for a term of 60 years. The United States government will own the land, but Google will take over operations of the airfield. Planetary Ventures LLC, a shell company of Google which handles their real estate enterprises, will help to reduce NASA’s costs by about $6.3 million a year. Included in the long-term deal are hangars one, two and three, two runways, a private golf course and an airfield operations building. All of this on a 1,000 acre parcel of land, in Mountain View, California.

In other words, the deal between NASA and Google means that NASA will be more or less turning over operations of the Moffet airfield to Google as the billion dollar lease is finalized. As part of the deal, Google has agreed to maintain and rehabilitate the integrity of the Shenandoah Plaza Historic District and hangar one. Which more or less means that Google will probably be restoring not only Hangar One, but other buildings as well, once the company moves onto the property. The area newly acquired by Google is to be utilized for such projects as aviation, research and development and other areas of emerging technology.

Citizens of both Sunnyvale and Mountain View, California, had a say in what the thought should be done with the property. As such, Google plans to put another $200 million more, on top of the agreed upon lease price, to create an educational structure in one of the Hangars, as well as using some of that money for other improvements. The educational building will be open to the public, and will allow people to learn about the airfields historic role in not only technology, but Silicon Valley as well. Google is planning to use Moffet Airfield once it is finished with renovations. They also plan to utilize the actual airfield for private as well as public use.

Although there is no date set as of yet as to when Google would take over operations of the Moffet Airfield, the billion dollar lease between them and NASA has been confirmed, citing Environmental Protection Agency and the California Water Quality Control Board measures have been met. Both agencies want to ensure that measures to protect the environment are being met for areas around the property. After their inspection and guidelines have been met, they state that Google can take over the property. Thus far, it is a waiting game for both NASA and Google.

Once Google takes control of the Moffet Airfield, as per the billion dollar deal Google singed with NASA, over the course of a 60 year lease, Google has grand plans for the Hangars. They then plan renovate all three Hangars, using Hangar One as a place to conduct research and develop and assemble models for testing: mostly in the areas of robotics, space exploration, and aviation. Also to be included in testing, will be new emerging technologies. Hangars Two and Three are to be used for the same purposes, with one of the Hangars hopefully being turned into the promised educational center.