Jennifer Lawrence Cried Over Having to Sing in ‘Mockingjay’ 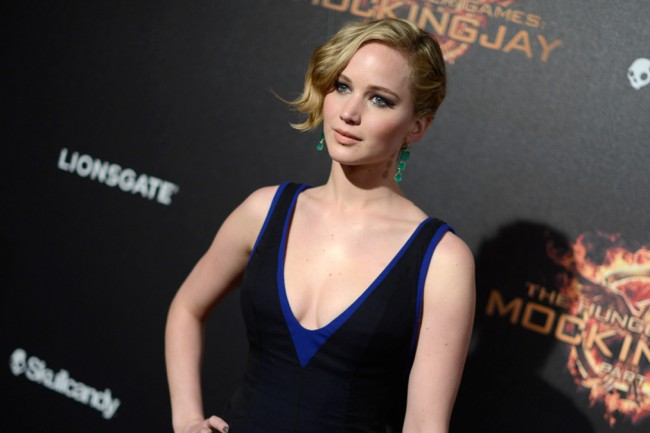 It has been reported that Oscar-winning actress Jennifer Lawrence will be singing in the next installment of The Hunger Games movie franchise, but the star was definitely not as excited about it as her fans undoubtably are. Director Francis Lawrence helms the latest film, Mockingjay – Part 1, and stated that Lawrence was so worried about the fact that she had to sing live on camera that she actually cried on the day of filming.

Fans of the original Hunger Games young adult novels by Suzanne Collins will know that Lawrence’s character Katniss Everdeen sings the haunting tune known as “The Hanging Tree” in Mockingjay and that song will be a part of the film as well. The actress was reportedly “horrified” to take on the task – one that is rather daunting especially for an individual who has had little to no vocal performance experience.

The movie’s director says that the day they had to film the singing scene was most likely Lawrence’s least favorite day of the whole production. He continues by stating that the crying ensued the morning before she actually had to perform the song on set. The actress reportedly had to sing the song multiple times all day long through numerous takes and the film’s director says Lawrence hated him for it. Of course it was a lovable hate, as the actress is not known to throw any diva fits or hateful attitudes while working on her productions.

The creative team of Mockingjay was actually unsure of how well the actress’s singing voice was. When the director heard her voice, he hired the well-known folk band The Lumineers to write the melody of “The Hanging Tree” and brought in a voice coach to help Lawrence practice the song. The film’s director stated that the star was very reluctant to train with the voice coach as she was extremely sensitive about her singing. A recording of Lawrence’s voice was brought to the director and he states that he was actually worried about the quality of her singing and anticipated having to do some pitch shifts in post production.

It turns out that no such thing was needed as Lawrence brought her A-game and reportedly sang very well all day long. The director says that when audiences hear the actress sing in the film, they will hear exactly what he heard on set that day, there are no technical tricks played on her voice. It seems that the actress’s freak out session pre-singing may have helped fuel the performance which fans are undoubtably very excited to see now.

The Oscar winner is known as the silliest of all the cast members whilst on set. The creative team acknowledge her free spirit, but also state that she is extremely focused when it is time to work and rarely messes up in the middle of a take. No wonder Lawrence is such a desirable actress, she seems like the ultimate performer to have on set – bubbly and fun off-camera and serious as a heart attack on-camera.

Jennifer Lawrence may have cried over having to sing in Mockingjay, but it is highly unlikely that her performance in the film will be anything less than stellar. The Hunger Games: Mockingjay – Part 1 will be released in theaters on Nov. 21, 2014.