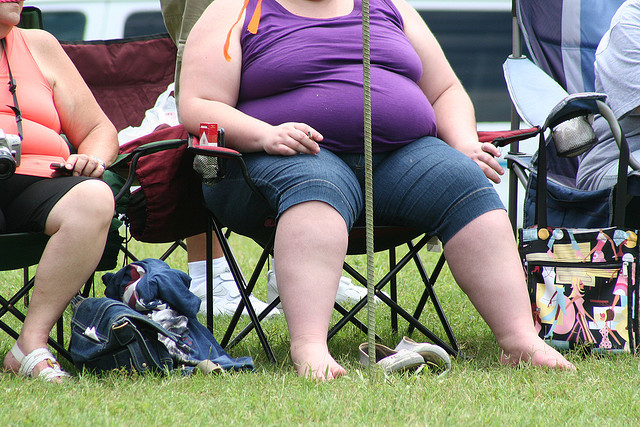 The health risks and lost productivity of obesity are a global economic concern. The costs of obesity exceed that of military spending worldwide each year. Experts are hoping that before reaching for that second slice of Thanksgiving pie next week, people will stop to think about how it might hurt the nation. Obesity is a bigger drain on the economy than alcoholism, counter-terrorism, or military spending. The estimated expense of obesity around the world costs $2 trillion and the cost is expected to rise.

The McKinsey Global Institute issued a report which found that nearly 30 percent of the world’s population is overweight. That means 2.1 billion people are at risk for associated health problems. Approximately five percent of all deaths, over one hundred million people, can be attributed to obesity. If the body-size trends continue, half the global population may be obese by 2030.

The study called for a “coordinated response” from food manufacturers, retailers and governments to reverse the obesity trend. It found 74 targeted interventions that could drastically reduce the number of obese people. Waistlines around the world could be trimmed and 20 percent of the population could return to a healthy weight if the study’s guidelines were followed.

How can governments step in to help fix the problem without stepping all over people’s rights? Education is the number one way to promote healthier lifestyles. Also, better nutrition labels, restrictions on fat, sugar and sodium content, smaller junk food packaging, and public health campaigns may combat the problem. Healthcare initiatives that pay for exercise classes or gym memberships may prove more cost effective than treating obesity-related diseases. Although U.S. First Lady Michelle Obama is persona non grata to many school children for her interference with their lunches, school cafeterias are a good place to instill healthy eating habits.

Some companies have realized that encouraging a more active lifestyle can boost employee productivity. Google is famous for its standing work desks, treadmill desks, on-site gym and bicycles. They also provide healthy, free food and even naps. Naps are actually good for weight control because a lack of sleep causes people to overeat to compensate for the energy loss. When Google found that the access to free food was causing weight gain they began experimenting with smaller plates and relocating less healthy snacks. Google found that when it was easier for people to make healthy choices, they did.

The McKinsey study discovered that 2.8 percent of the global GDP was lost due to this health issue. People are sick, have health complications, or do not work as effectively. Obesity can sap energy and cause discomfort, headaches, high blood pressure and breathing problems that interfere with productivity. Of course, not everyone who is a bit overweight is a drag on the economy. Many medically obese people never miss work, feel fine, are in good general health and contribute greatly to their places of employment and nations of residence. However, many others do experience the health problems associated with extra weight. The study seeks to reduce general obesity in the world’s population, not to force every global inhabitant into a size six.

Nutritionist Alison Tedstone of England says, “If we reduce obesity to 1993 levels, where 15 percent of the population were obese, we will avoid five million disease cases.” Simply going back to the 1990s could save over one billion people and one trillion dollars worldwide. How did global health reach these proportions so quickly?

According to the McKinsey report, global obesity rates are reaching a crisis point. Populations can either lose weight or lose GDP. The health risks and lost productivity of obesity are a global economic concern worth $2 trillion. Humanity need to get healthy if it wants to remain wealthy.