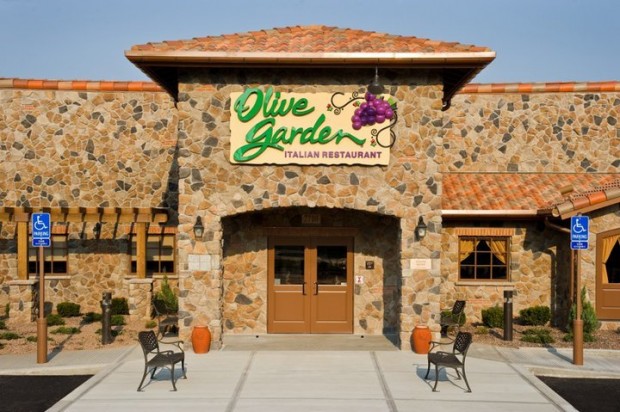 The available 1,000 Pasta Passes were sold out in minutes, 45 to be exact, according to People. Possessing a Pasta Pass, of course, entitled the passholder to certain privileges. Passholders could partake of unlimited soup, breadsticks, salad and pasta. To accompany the meal, Coca Cola products were provided.

Olive Garden guests, who were passholders began their unlimited dining at the restaurant to cover a seven week period. Soon, the blogging began. Evidently, passholders found it easy to be transparent, sharing their thoughts both good and not so good.

According to Time, passholders became bloggers, interviewees and demonstrably receptive to the media. They desired to opine about their Olive Garden unlimited eating experience, and had a lot to say. In one case the undertaking was described as eating an absurd amount of food.

This was to be expected since the total calorie count consumed from program participation easily topped 100,000, according to Time. To some, Olive Garden’s Pasta promotion may have missed, as a nutritional liability, though seen as a hit for dishing out excitement.

The word excitement was used to describe the experience for obvious reasons. Restaurants know that eating is a form of enjoyment and excitement, especially when a popular pasta favorite is on the menu. Unfortunately, there was also a passholder who used the term depression to describe their outcome. This alone could be a consideration why Olive Garden’s unlimited pasta promotion was not a hit but a miss instead.

Passholders also stated that whatever their body looked like before the food binge promotion, it looked a lot different afterward. Whether this could be viewed as harmful beyond a few pounds gained is subject to more speculation.

It is clear that as promotions go, the over-the-top gets the most feedback. From the standpoint of sales, often the crazier the commercial, the wackier the images and the more memorable the message helps companies get attention and translates into business.

Olive Garden’s EVP of marketing confirmed that the promotion is a way to get attention. Attention is necessary for all businesses, especially for those like Olive Garden that as a company are not performing as well as investors would like. Recently, the chain, owned by Darden, met with a critical review.

According to Fortune, a number of flagged items were identified as problematic to the company’s investor, Starboard Value LP. Among things cited were, low numbers in alcohol sales, wasteful bread distribution practices and overkill in salad dressing applications. In addition, the investor found it extremely questionable, when people complained about Olive Garden’s pasta not having a hint of being cooked in salted water.

The investor’s goal for a positive turnaround for Olive Garden’s performance is at issue. Darden President Gene Lee, however, defended Olive Garden, describing some of what has been suggested by the investor as troubling. Lee stated many of the proposed practices are already in place.

According to Entrepreneur, the company has faced pressure from investors for some time, even after serving their never ending pasta bowls 13 million times last year. Clearly, Olive Garden needed its latest unlimited pasta promotion to be a hit and not a miss. There seems to be a real need to assure they miss no opportunity to hit their sales targets.