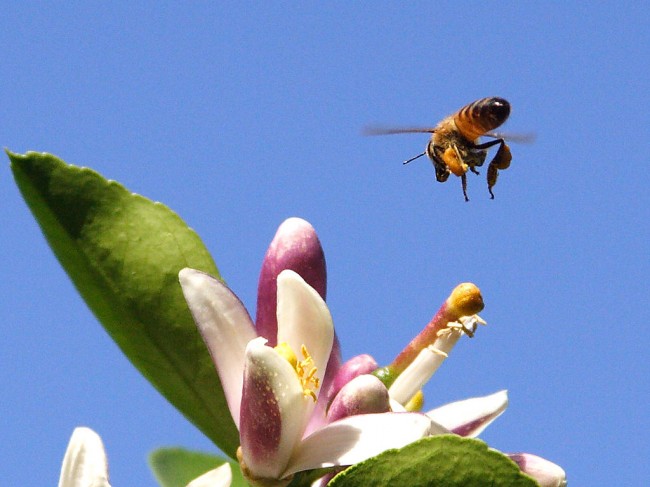 Pollen levels are on the rise and have set off new warning sirens that allergies may soar. As reported by the Washington Post, a recent pollen study by researchers at the University of Massachusetts indicates that considerable increases in pollen levels are expected. It is generally understood that when it comes to pollen levels, the more pollen that is released into the environment,  the more undesirable reactions occur in humans.

Those people who are most likely to be affected fall into the group of those who are allergic to pollen, meaning their body will recognize pollen as an invader. In order to attack the invader, the body will develop histamines. Allergy sufferers, therefore, often reach for antihistamines to calm their body’s response. Therefore, the troubling statement that increasing pollen levels are expected sounds an alarm for allergy sufferers.

Pollen, though it means misery for some, is respected as a miracle-of-life seed to others. As reported by The Daily Mail, an article written by The Catskill Mountain Beekeepers Club distinguishes pollen as a DNA transfer agent essential to all human life. The author provides explicit biological details about pollen. Metaphorically, the article compares the intricate design within the surface of the pollen grain’s appearance as rivaling that of a Picasso painting.

Allergy sufferers concerned about the predictions of increasing pollen levels, however, may have limited interest in the physical or chemical make-up of pollen. Likewise, they may not be terribly interested in why pollen levels are increasing. Their questions may revolve around how to find relief. Still, given the fact that by human nature, there is a desire for more information, it bears to mention what the increasing pollen production means.

The latest predictions for increased pollen production point to global warming as the cause, according to researchers of the pollen study. Simply put, higher carbon dioxide levels in the environment stimulates pollen production. As pollen levels are set to soar, consequently setting off sirens of fear, the news also brings renewed debate about global warming.

At times, it may seem that the global warming debate has turned cold. As more information is released, the subject heats back up. Topics related to global warming are often surrounded by critics and unbelief. According to LiveScience, this is largely due to skepticism. Global warming is characterized by gradual temperature increases of the Earth’s atmosphere.

It is unclear whether the lack of trust from those who do not believe in global warming has to do with the fact that the issues seem somewhat abstract. With limited or unclear information, this could make the topic difficult to grasp. This may therefore cause the looming results of global warming to be viewed as somewhere off in the distance. Yet, this is why campaigns speak about helping to save the planet for future generations. The thought is to raise awareness now since deterioration is a gradual process which will be more evident later.

Global warming discussions may also become deferred because they hit a nerve. To address the issue may invoke an implication of doom. Then, others may feel there is only so much to be done concerning global warming. The thinking may be that human activities, even breathing, creates carbon dioxide. This is not going to change.

There are, though, other ways carbon dioxide is expelled, such as from car emissions, airplanes and factories. For these reasons, proactive interventions can take place. Often though, they may be viewed as impractical or inconvenient. This was the implied premise of The Inconvenient Truth, a book about global warming by Al Gore.

In many cases, inconvenience is often met with reactions of disdain. As the facts stand firm and do not change, disdain can extend into resistance. This seems to be the case as it relates to global warming.

Some non-allergy sufferers may be among those who think that pollen’s connection to global warming issue is not their issue. This, however, it not entirely the case. The pollen study indicates that the increasing pollen problem will be around for the coming 100 years. Because of the longevity of the pollen increase, study researchers point out, it is not known if non-allergy sufferers now will become affected as the levels increase.

At this time, sirens of concern have been set off for current allergy sufferers amid the news of soaring pollen levels. As the pollen study indicates, increased pollen production will span 100 years. This may prove to be a generous amount of time to figure out the associated far-reaching implications.