Preterm Birth Now Leading Cause of Death Among Newborns 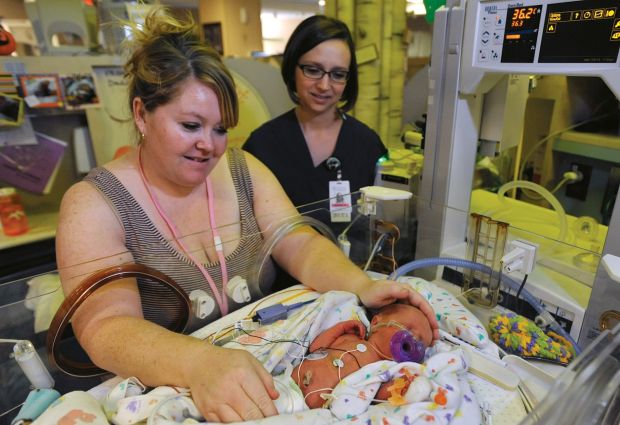 Although babies all around the world face certain dangers at birth, such as malaria, pneumonia and diarrhea, to name a few, new research is proving that preterm birth is now the number one leading cause of all deaths among newborns. Of the more than six million deaths of children under five years of age in 2013, over one million died as a direct result of being born preterm. This study was released on November, 17, 2014, in the British medical journal The Lancet. The collaboration that worked on the project hailed from the School of Tropical Medicine and Hygiene in London, England, Johns Hopkins Bloomberg School of Public Health and the W.H.O.. The findings were released to correspond with World Prematurity Day, and prove that no single disease is so directly involved in deaths among young kids around the world.

The study pointed out that for the first time, infectious diseases have been ruled out as the leading cause of death among kids under the age of five. The study ran from 2000 to 2013, and covered causes of child mortality from 194 different countries. Most of the 965,000 deaths that occurred happened within the first 28 days after being born: more than 120,000 deaths occurred between the age of a month to age five. All the deaths were a direct result from preterm birth, which is now being hailed as the leading cause of death among newborns. One expert says that the rate of preterm birth deaths has been increasing over the last few years. He goes on to say that one of the reasons this is happening is that there are no safety measures in place for when it happens, let alone measures in place to prevent it from happening in the first place.

In terms of the country with the highest number of preterm deaths from complications at birth, India leads the way with 361,000. Nigeria is second, followed by Pakistan, The Republic of Congo, and China, among others. The country with the highest number of deaths due to complications from preterm births under the age of five was Macedonia, trailed by Slovenia, Denmark, and Serbia, as well as many other countries. The United States has a ratio of eight deaths out of 100 that are due to preterm birth complications in children under five years of age. Out of 162 countries with terrible rates of preterm birth related deaths, the United States ranks at 141: the National Center for Health statistics declares that 11.4 percent of babies born last year were born preterm, lending credence to the new research that has determined that being born preterm is a leading cause of death among newborns and kids under five years of age.

Although rates have dropped for infant mortality by 3.9 percent a year, the mortality rates for preterm birth deaths have increased by two percent per year. The decline, in the one area, is due to having access to such things like bed nets and vaccines. The rise in the other area, is believed to be caused by lack of insight by specialist over what types of treatments to administer. Other than watching a patients hypertension, high blood pressure and perhaps obesity, those who treat pregnant women are unsure of how else to intervene. It is not fully known what, if anything, triggers women to go into preterm labor.

Due to lack of knowledge in such an important field of healthcare, $250 million has been put aside for major research through four major enterprises: including the March of Dimes and the Global Coalition to Advance Preterm Birth Research, to name a couple. The initiative hopes to have the ability to research and then implement programs that will act as interventions with the goal of preventing the unnecessary deaths of these very tiny babies. They say that their researchers will focus on such issues as poverty, stress, pollution, and nutrition. The end game, regardless, is how to prevent preterm births from being the leading cause of death among newborns in the future.