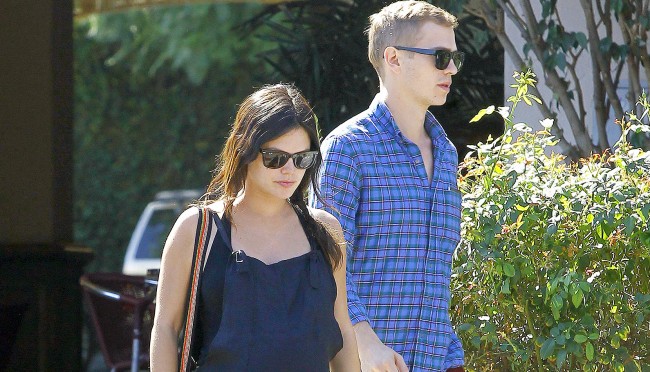 Rachel Bilson and her boyfriend Hayden Christensen have welcomed their new baby, and it is a girl. The two kept the pregnancy quiet throughout the nine-month period, but have shared the unusual name they decided on.

They welcomed Briar Rose Christensen into the world at the end of October, according to a statement released by the two. The two decided to leave it sometime before announcing the birth, so they could spend some time together. They also believe in privacy and the No Kids Policy.

The No Kids Policy is something that many celebrity parents now follow. Many want to keep their children away from the paparazzi unless it is for official family moments. They do not want photographers catching their children doing everyday things, like playing outside and going to school. Veronica Mars actress Kristen Bell is a big advocate for the policy.

Bilson and Christensen’s name choice comes from the Disney movie Sleeping Beauty. The three fairies gave Princess Aurora the nickname Briar Rose, and it is the name given to Aurora’s daughter in the series about the children of fairytale characters. The fairies were protecting Aurora from Maleficent’s curse, although the plan did not completely work. The name also has roots in the original fairytale by the Grimm brothers back in 1812.

While the couple never confirmed their pregnancy officially, Jaime King was “freaking out” after hearing about it. Back in May, King confirmed it by saying that she knew her friend really wanted a baby, and she was happy for her. McKaley Miller also announced that the couple were expecting a girl later in the year. It is no surprise for Bilson and Christensen fans when they hear that the two welcomed their new baby girl on October 29.

The two have been together on and off since around 2008. They met on the set of Jumper and got engaged months later. They then called it off in the August of 2010, before getting back together three months later. The two seem to have remained together and have been happy for the last four years. However, there is no talk on whether their engagement is back on or not.

In May last year, Bilson confirmed that she was ready to start a family. She announced that babies were on her mind, and she could not wait to have her own. Earlier this year, she also said that she could see a toddler running around in her life. This was something she has been looking forward to for a while. It was not surprising to learn that the two were expecting their first child together.

It seems like Christensen will make a great husband and dad. The O.C. actress confirmed that he was great at looking after her and supporting her. They two are there for each other no matter what. While the support is basic, she confirmed that it is something people only really think about when they get older.

Mother and baby are both doing well. Bilson and Christensen confirmed all in their joint statement announcing that they had welcomed their new baby into the world.