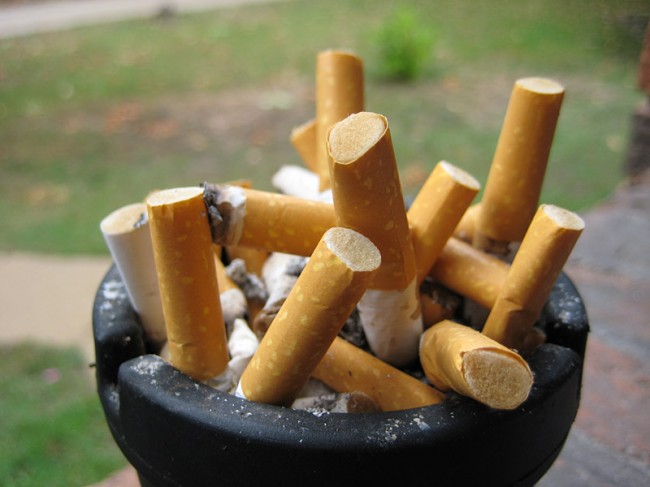 Smoking has long been acknowledged as an unhealthy behavior that is difficult to change, yet it can be successfully treated in part through a counseling technique called motivational interviewing, which helps smokers quit by exploring why they smoke, why they want to quit, and why they may have trouble quitting. As a technique, motivational interviewing encourages personal empowerment as a driver of change instead of enumerating medical and scientific facts to justify change.

Smoking is an unquestionably risky health behavior, yet nearly 1 out of 5 adults in the United States continue to smoke. While disease statistics and medical facts support a logical rationale for stopping smoking, this type of information may not represent a compelling motivation for some individuals to take action and stop smoking. At least one study has shown that less than ten percent of people who say they would like to quit are able to do so without help.

Motivations to stop smoking vary from person to person, and being in touch with the main personal reason behind wanting to be smoke-free can spell success or failure for any individual trying to quit. A 2014 study on the role of primary care physicians in bladder cancer prevention indicated that smokers are aware of the risks of their smoking behavior and may benefit from additional help in leveraging factual information into psychological motivation to change their behavior. Motivational interviewing is one tool that can provide that leverage.

Motivational interviewing is a non-aggressive, non-confrontational, counseling technique that encourages self-confidence and guides smokers toward choosing for themselves to make a change by helping them explore and resolve uncertainties related to the change. Motivational interviewing was originally developed as a treatment for alcohol abuse, but it has been shown to be successful in other situations, such as smoking cessation, where behavior change is the goal.

The lifestyle change that is required to stop smoking requires a high level of motivation, which varies from person to person. This individual variation, is, in part, why motivational interviewing is such a useful tool, because it helps individual smokers explore what motivates them, personally, to quit.

Numerous scientific and behavioral studies have shown that pharmaceutical treatments, such as nicotine replacement therapy, are more effective when combined with behavioral support, of which motivational interviewing is one example. These same studies show that the most successful means of helping people stop smoking is the combined pharmaceutical-behavioral approach. Precisely why these combinations are so effective is still being studied, meanwhile, exploring the motivations that help smokers quit can be worthwhile when the process gets results.

A 2011 Cochrane database summary found that the motivational interviewing technique was effective both when used by trained counselors and by primary care providers and that the most effective sessions lasted longer than 20 minutes each. The same study showed that two or more sessions of motivational interviewing offered more successful outcomes than one-time encounters. Researchers believe that motivational interviewing performed in multiple sessions over time may be so effective because it provides a useful tool for helping smokers move through any stage of change they happen to be in, whether that stage is a complete lack of awareness of the need for change, a sincere desire to change, the process of taking action and adjusting to maintenance behavior, or the introspective work of recovering from a relapse.

Additional evidence indicates that providing ongoing behavioral support, such as motivational interviewing, can significantly increase smoking cessation success rates. Whether the additional support is provided in person or by telephone, a 2012 systematic review of scientific studies showed that increasing the amount of behavioral support could increase the chance of success in stopping smoking by up to 25 percent.

Smoking is known to be the largest single cause of preventable death worldwide. Not only does smoking cause numerous forms of cancer, including bladder cancer, but smoking also increases the risk of cancer recurrence. While facts alone may not be sufficient to motivate certain individuals to stop smoking, motivational interviewing can provide smokers with a means for exploring why they are motivated to make a change and what is the best plan to help them quit.

2 Responses to "Smoking and Motivation: Exploring Why Helps Smokers Quit"