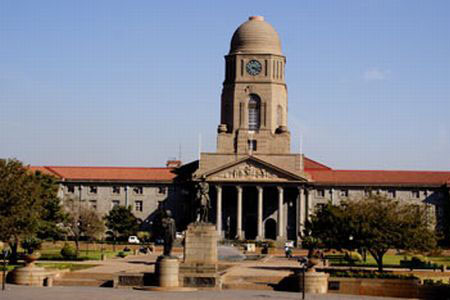 Finance Minister Nhlanhla Nene of South Africa needs money, and it would ultimately be the taxpayers that would fund Government laxity. An amount of more than ZAR44 billion was required by government, and Nene has promised to raise taxes over the next three years. There is no indication of how taxes would be raised, and it is assumed that personal taxes, increase in Value Added Tax (VAT) and companies’ taxation would form part of the increased structure.

The Davis Tax committee would make recommendations before the February 2015 budget, and it is expected that the Finance Minister will consider proposals for tax increases. Earlier this year reports indicated that losses through VAT fraud amounted to almost ZAR24 billion annually. Raising the VAT amount would have a detrimental effect on the poor. A huge annual tax loss through corruption was highlighted.

VAT fraud remains a major concern and improving the structure would assist in funding the government’s budget plans. Informal traders, street vendors and taxi drivers rank among the highest VAT evasions. Crime, fraud and corruption within public and private sectors continue to dent the loss of revenue for state coffers. Perhaps the biggest loss of revenue for the state treasury is the wasteful expenditure within government departments. Astronomically high entertainment and travel claims account for the loss of income.

Opposition parties in South Africa commented on the mini-budget this week confirming that overspending is a cause of concern. The Democratic Alliance (DA) official opposition party stated that the higher rate of growth from other African countries outpacing South Africa tells the story of ineffectiveness. The DA expressed disappointment that no mention of reducing the current cabinet size was planned. Wasteful expenditure was ignored pointing to no cuts in government spending, thereby placing an additional burden on the taxpayers.

The Economic Freedom Fighters (EFF) wants the government to deal with tax evasion and improve on service deliveries. Capital shifting, base erosion and transfer pricing issues needed attention as the EFF said this caused millions to be lost in revenue.

The National Freedom Party (NFP) wanted Nene to address the service delivery protests presently destroying the country. The corruption and loss of ZAR30 billion unaccounted for and wasted was not mentioned. NFP wants investigations into wasteful expenditure, and corrupt officials dismissed and charged from crimes committed.

Academics indicate that tax increases should not be the preferred way to shore-up government finances. There is a call for spending cuts including reducing the Zuma cabinet that costs ZAR65 million annually. Curbing the growth of the civil service sector and controlling salary increases.

Creating jobs would raise revenue, and this would be an ambitious plan for government to indulge. The promise of creating employment by President Zuma never materialized as indicated in the election manifesto. Unemployment figures remain high and place an additional burden on government funding.

There is no money, and the government is scrapping the pot, it is indeed a worrying factor for taxpayers who foot the bill of wasteful expenditure. It is too little, too late for a decent recovery to expand on the growth.

The already high poverty level among ordinary people in South Africa will devastate more families as tax increases become a reality. The average South African taxpayers will have no choice in avoiding paying higher taxes and will ultimately fund the government laxity. Taxpayers have been forewarned of impending increases by the finance minister of South Africa for the destitution of the government.