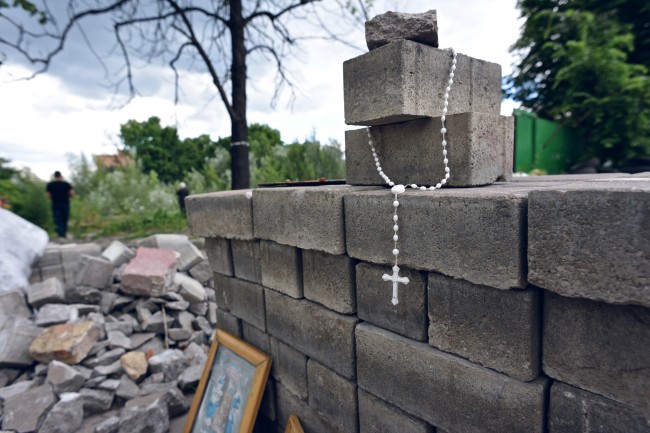 Unfolding events in the further buildup of both the United State’s and Russia’s military presence in Ukraine is threatening to test the relations between the world’s two pre-eminent nuclear powers. While many express concern about the potential return to a Cold War-type scenario, others see it as a must-win showdown for the U.S. to retain its foreign policy muscle.

The American public has a deep, ideological divide in regards to whether the country does, in fact, have a moral mandate to act as a primary arbitrator for the world’s regional conflicts. With mounting debt, and on the heels of disappointing outcomes from recent involvement in Iraq, Syria, Libya and Egypt, many Americans are at a low point in the will to support foreign intervention. The talk out of Washington, however, seems to indicate a reluctance to appear weak on the international stage. Warning that sending arms to Ukraine is “still on the table,” President Obama’s nominee for Deputy Secretary of State, Tony Blinken, talked tough during his Senate confirmation hearing this past Wednesday.

The current, continually developing conflict in Ukraine began with a series of popular protests in 2013. Then-President Victor Yanukovych had rejected a deal with the European Union which would have moved Ukraine politically into further alignment with the West, and NATO. The Russian opinion of the situation was that the protests were instigated by pro-western, possibly American, operations. In light of the possibility of losing access to their sole warm-water naval port in Sevastopol after Yanukovych’s fall, Russia annexed Ukraine’s southern Crimea region in a bloodless coup, essentially spurring the conflict to the international level.

Part of the psychological justification on the part of Russia, for its breach of a 1994 nuclear disarmament treaty which guaranteed Ukraine its territorial integrity at then-current borders, is the Gordian Knot of the cultural history of Eastern Europe. Kievan Rus, where modern Ukraine is centered, was the historic progenitor of the modern Russian nation in a time where the Byzantine Empire still existed. This territorial murkiness is highlighted by such considerations as that modern Russia’s navy was still headquartered in what was essentially, since 1991, a foreign nation. To this day, many Russians have difficulty in viewing Ukrainians as a separate cultural identity.

The United States’ government, among other NATO allies, feels that it has an obligation to defend the territorial integrity of the Eastern European nation, in keeping with the 1994 treaty, wherein Ukraine agreed to give up its nuclear stockpile, which was the fourth largest in the world at the time. Additionally, one cannot discount the value of the territory for other geopolitical concerns, such as the long-standing intent of the U.S. to create a buffer zone between Russia and Europe, as evidenced by earlier attempts at reaching an agreement with countries such as Poland to house anti-ballistic missile batteries.

As it stands, the U.S. has most recently committed to supplying Ukraine with non-weapon support, such as Humvees and radar units. This represents an attempt at a diplomatic compromise which supports Ukraine, while avoiding overtly instigating Russia. So far, the world has managed to limit the malicious detonation of nuclear weapons to two occurrences within the same war in 1945. It is likely safe to say that majority of the planet hopes sincerely that those occurrences not be repeated.