Xbox 360 and Xbox One Free Games With Gold for November 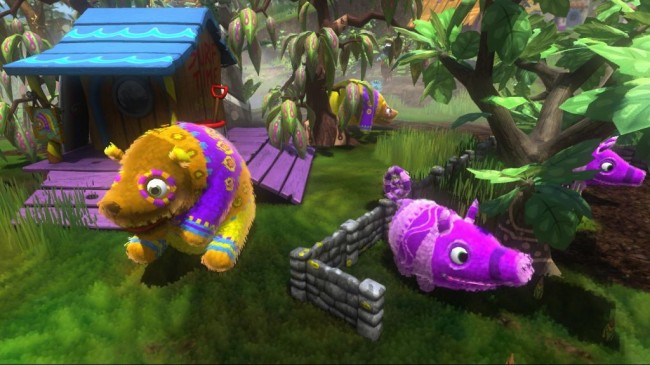 For many, the appeal of paying for an online xbox membership comes from the ability to play online with friends. However, once the original games have failed to keep the direct attention of the user, some ponder why they continue to pay for their live services. In order to keep these gamers dedicated to the gold membership, free games are given out every month. The Xbox One usually gets one to two games and the Xbox 360 always gets two games.

To start off the month, the Xbox 360 will be getting the sequel to the 2006 Rare game all about real party animals, Viva Piñata . The 2008 sequel, Viva Piñata: Trouble in Paradise adds more than 20 new animals, new co-operative play, and a greater variety of gameplay. Those that have yet to create their own garden of excitement should take this opportunity to try it out.

Taking place in the year 2120, The Earth Defence Force has run the planet dry of necessary resources. In order to keep Earth running, they reach for Mars in an attempt to claim such resources for themselves. The role of protagonist, Alec Mason, reunites with his brother on Mars only to get captured and convicted of being part of the Red Faction rebel group. Left with no choice, Alec joins the rebel group as they seek justice. Praised for changing directions so drastically, the title did fairly well, receiving mostly 85 out of 100 from most game critics and reviewers.

Coming to the Xbox One for the month of November is the hack-and-slash platformer indie game, Volgarr the Viking. Interestingly enough, this new indie title is more suited for the old-school beat-em-up fans. Volgarr the Viking will not be available in all territories, instead Powerstar Golf shall takes its place as the free November Xbox One download. Locations getting Powerstar Golf are: Japan, Russia, Germany, Korea, Taiwan, Brazil, New Zealand and Australia. With no second spot filled, it looks as through Crimson Dragon retains its previous position.

These games can be downloaded for free by those that have Xbox Live Gold memberships. Starting today, Viva Piñata: Trouble in Paradise can be downloaded on the Xbox 360. while the Xbox One offers Volgarr the Viking. It is hard to argue with free games, especially when Microsoft offers more each and every month.