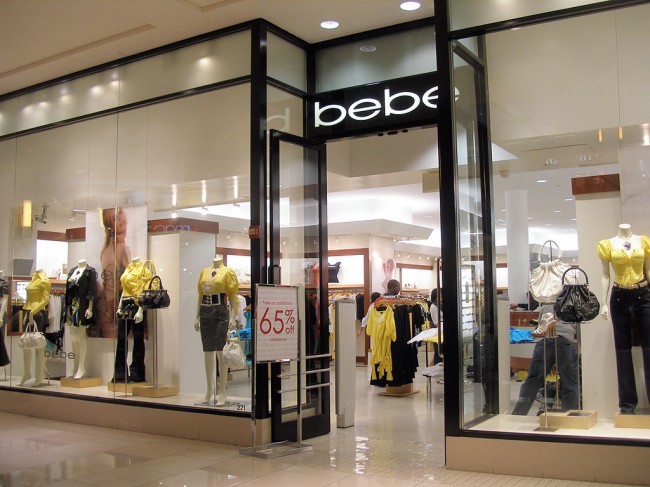 Bebe Stores Inc. is a global specialty retailer of women’s apparel and accessories. On Dec 5, the Bebe Stores credit card breach was confirmed by the corporation. The company announced that after detecting questionable undertaking on the computers that operate the expense processing for its stores, they immediately hired a technical security firm and worked with them to block the attack from continuing.

After an investigation, the company determined that the hackers obtained data for cards used between November 8 and November 26. The Retailer further states that they believe the hackers were focused on the Puerto Rico, U.S. Virgin Islands and the U.S. stores. It is also believed that the stolen data may have included credit card numbers, cardholder names, verification codes, and expiration dates.  Transactions completed online, or through Canada or intercontinental stores were not affected by the cyber-attack.

The Bebe Stores credit card breach is just one of several breaches confirmed this year. Cyber-attacks have become of great concern for retailers and customers. Recent data breaches have hit companies like Target, Home Depot and Ebay. These companies are faced with spending large sums of money to correct the credit card breaches not to mention the damage done to their reputation.

Consumers are becoming weary of using credit cards. If credit or debit card data is compromised in a security breach, the consumer will likely become a victim of identity theft or fraud. The burden of monitoring accounts for unauthorized activity is placed squarely on the consumer. Then there is the daunting task of possibly needing to cancel and replace credit cards. Although Federal laws do protect consumers from huge expense, the sheer inconvenience is undeniable.

Companies affected by a breach are beginning to face consumer lawsuits. The Home Depot is currently facing at least 44 lawsuits related to the data breach they suffered earlier this year. USA Today states that 43 percent of companies have had a data breach in the past year and only about 15 percent of the breaches that occurred were actually reported and made public. It is a growing problem in the U.S. and has increased by at least 10 percent this year.

If a purchaser used a credit card at any of the affected Bebe Stores during the time frame of the breach, they are being advised to review their credit card accounts for any criminal activity. If they see any unapproved expenses, they should contact the issuer of the credit card, since credit card companies usually guarantee that their customers will not be responsible for fraudulent charges.

To further assist their customers, the Bebe Stores are proposing credit detecting services to all affected customers, free of charge, for one year.  For more information on enrollment you can call 1-888-236-0447 and speak with a representative to sign up.  Jim Wiggett, Chief Executive Officer, for Bebe Stores, wants customers to know that once the credit card breach was confirmed the payment processor was immediately notified and is working with the credit card companies to provide them with the account numbers for cards used during the period at issue, so that the banks that issued those cards can be alerted.