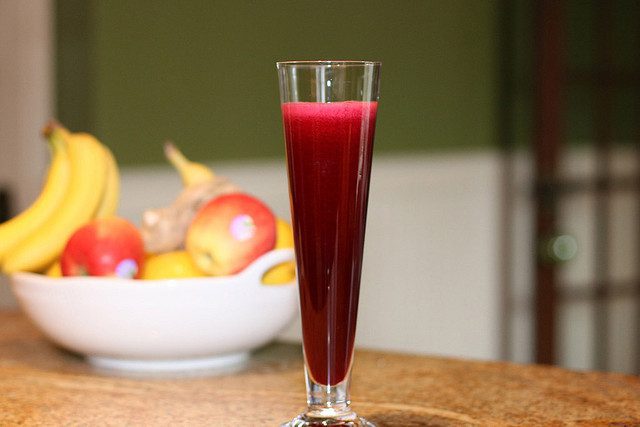 As an athlete or competitor in pursuit of a competitive edge, or simply one who wants to get more out of life, recent studies and anecdotal evidence suggest that beet juice might be just what the doctor ordered. Beetroot juice, as it is sometimes referred to, has ingredients that, upon consumption, metabolize into nitric oxide, a blood fortifying chemical that allows the body to require less oxygen in bodily processes and activities requiring prolonged energy output.

Athletes and active people alike have long sought ways and means to improve not only performance but their ability to sustain and endure at high levels of performance over the long haul. For the long distance endurance athlete beet juice is manna from heaven. Runners around the world are reporting that with beet juice supplementation, they have been able to shave significant time off their best efforts. Athletic competitor’s in a wide array of sports whose success or failure is determined by their ability to sustain at peak-level output over an extended period of time likewise report increased endurance and longevity. Beet juice is so effective at giving athletes a boost that high-profile world-class athletes looking for a competitive edge, like Dwayne Wade, guard for the Miami Heat basketball team, have made consuming beet juice, among other things, a part of their pre-game ritual.

Beetroot juice is an antioxidant-rich substance packed with potassium and vitamin C in addition to inorganic nitrates. These nitrates, at ingestion, metabolize into nitric oxide which in turn increase the efficiency of muscle contraction, neurotransmission and blood-flow all while decreasing blood pressure. A few of the happy side-effects for some include the vasodilating, Viagra-like effect it has as well as the deeper REM-phase sleep nitric-oxide produces. A few of the relatively harmless side-effects are that bodily wastes turn a dark red, and many report having to visit the bathroom more often. As the body habituates to the juice this latter issue dissipates.  For those who cannot endure, there are alternative food sources likewise high in nitrates like cabbage, lettuce, spinach, celery and even radishes.

For those looking to manage caloric intake they will find that a single cup of beets in their raw form has roughly 58 calories and only 13 grams of energy producing carbohydrates while in its juiced form will have roughly 100 calories and about 25 grams of carbohydrates. If one is looking for more bang for the buck, use beets in their raw form as cooking destroys much of their nutritional value.

Studies indicate that the more beet juice one consumes the better the outcome. The optimal time to consume the juice would be about two or three hours prior to competition. Because each body is different, with sometimes changing metabolic rates, each person should track personal outcomes for optimal dosage and scheduling. One thing is certain however, if one were to consume a few cups of juice per day, over time one would find a general sense of well-being, stamina and endurance not experienced before. And if one does not mind spending a little more time in the bathroom then beet juice may just turn out to be the long awaited for competitive edge.