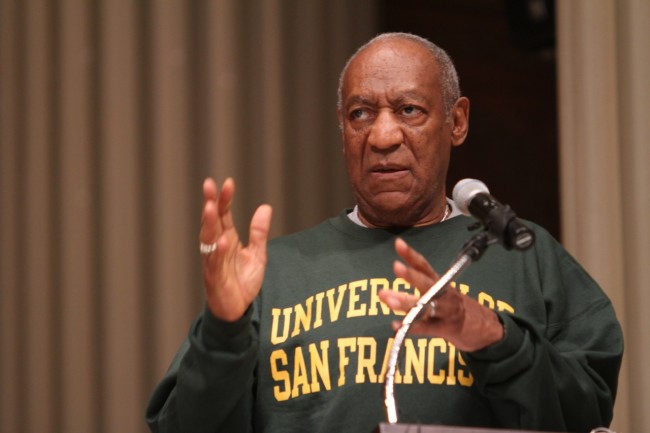 As a part of his new scorched-earth strategy, actor and comedian Bill Cosby has hired private investigators to dig into the lives of the women who are coming forward accusing him of raping them, according to Fox News and other sources. According to Cosby’s attorney, Martin Singer, anything negative in the pasts of his accusers that might discredit them is “fair game.”

A lot of money is at stake, potentially $100 million dollars or more, not to mention, the comedian’s reputation. Bill Cosby, 77, appears to be going on the offensive now, paying private investigators fees that range in the six-figures to find information he can use to combat the allegations of the two dozen plus women accusing him of raping them. Some of the private investigators, according to several media sources, are from a Glendale, California firm and are composed of at least six former LAPD detectives.

An inside source said that Bill Cosby reportedly held a meeting with his legal and public-relations team and stated to them that if his accusers were going to tell the world that “I did this to you,” the world had the right to know who the people are “that’s saying it.”

In reference to supermodel Beverly Johnson claiming that Bill Cosby put some sort of drug into her cappuccino in the 1980s when she visited his home, according to the source Fox News quoted, Cosby wondered out loud why she “never reported it to the police,” and why she had not told anyone about it until recently.

The private investigators that Bill Cosby hired have already found out information that could prove to be useful to the comedian’s attempts at refuting the allegations. For example, they discovered that Beverly Johnson’s current boyfriend allegedly said that Johnson, according to the source, “only had good things to say about Cosby.” Also, the boyfriend had reportedly never been told anything about “what she’s now telling the media.”

Also, the private investigators have found out information about another woman who has accused Bill Cosby of raping her back in the 1970s, Katherine McKee. She was a former girlfriend of the late Sammy Davis Jr. They learned that she has written Internet posts commenting favorably about Cosby and his stand-up comedy act. In an interview, McKee also reportedly said that she is accustomed “to lying.”

While Cosby’s attorney, Martin Singer, did not comment about his client having hired private investigators, he did mention that most of the information now coming out about Cosby’s accusers could be obtained by the media by merely doing a “simple Google search.”

Bill Cosby appears to be determined that he is not just remaining on the defensive anymore. He is taking the offensive, through his hiring of private detectives to implement a scorched-earth policy and find out information that could be damaging to the credibility of the women who are accusing him of having raped them. Just as they have millions of reasons, in the form of dollars, to accuse him of past crimes and sins, he has millions of reasons to repudiate their claims and try to reclaim his status as being “America’s Dad.”