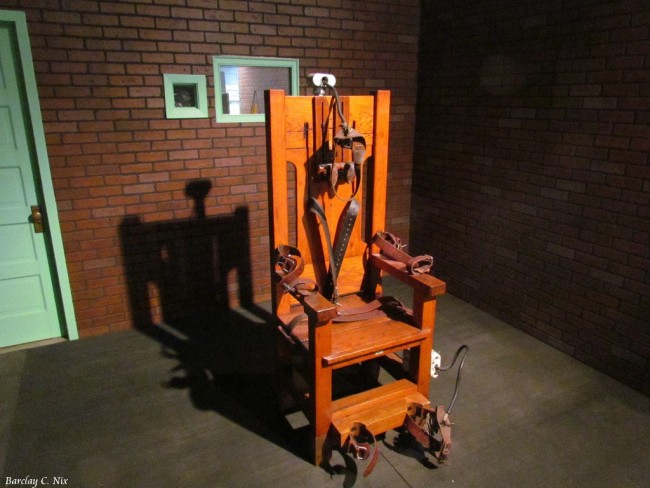 Capital punishment has existed since the first codified laws came into being, distinguishing it from the more arbitrary institution of murder. While the majority of modern nations have abolished the practice in our current era, virtually every civilization has had a period within which certain crimes were answered with death. Over the course of time, countless philosophical and moral debates have arisen regarding the legitimacy of taking human life as a legal, and punitive, measure.

Victor Hugo drew a distinction by questioning the earthly authority of taking life, saying that “vengeance comes from the individual, and punishment from God.” Enlightenment philosopher Jean-Jacques Rousseau wrote about the intrinsic value of human life: “There is no man so bad that he cannot be made good for something.” On the opposite side of the issue stood former President Theodore Roosevelt. While expressing that capital punishment was the sole issue of state that could cause him to lose sleep, President Roosevelt stood firm in his belief that society was duped with its bias towards seeing the case of the accused in front of them, “and neither his victim nor the many millions of unknown individuals who would, in the long run, be harmed.” Others, such as former President Reagan, were convinced of the merits of capital punishment through their effect as a deterrent.

Also influencing the fortunes of capital punishment have been religions, with their myriad views towards the sanctity of life and the authority to take it. The majority of Christian-descended faiths have avoided taking a formal position of the matter, as the Bible has examples that run both ways. The book “Leviticus” names a host of crimes demanding capital punishment. However, The New Testament is generally conceded to carry the authority to replace the older books, and Jesus himself implored his disciples to “turn the other cheek” while the story of his death did much to highlight how capriciously such a sentence could be carried out.

Islam is nearly universally understood, outside of secular nations, to demand capital punishment for crimes such as apostasy and adultery among married people. Buddhism and Hinduism both hold life in very high esteem conceptually, but have been tempted to compromise on that ethic at different points in history.

In the current era, capital punishment is in steep global decline. The European Union requires its abolition as a condition of entry, and it has disappeared throughout much of Latin America. The only remaining areas of the world that still use capital punishment extensively are the United States, China, the Middle East, and East Africa. While many nations retain laws allowing it in their legal systems, the majority of even those regularly go several years between executions.

Within the United States, debates on the pragmatism of capital punishment are often stunted by the sheer volume of uncontrollable variables inherent to any attempt to quantify data. There appears to be a correlation between the number of capital cases in a given year and an accompanying drop in murders, but correlation, the saying goes, does not equal causation. Granting that precept, the debate will necessarily shift weight towards the moral and philosophical considerations, which do not suffer the same evidentiary requirements. It does seem that the morals of the world at large are tectonically shifting towards liberalism, and that capital punishment may become extinct within our lifetimes. If that is an objective improvement, only time will tell.