Carey Could Not Get It Right?

By stanelli.d on December 4, 2014Comments Off on Carey Could Not Get It Right? 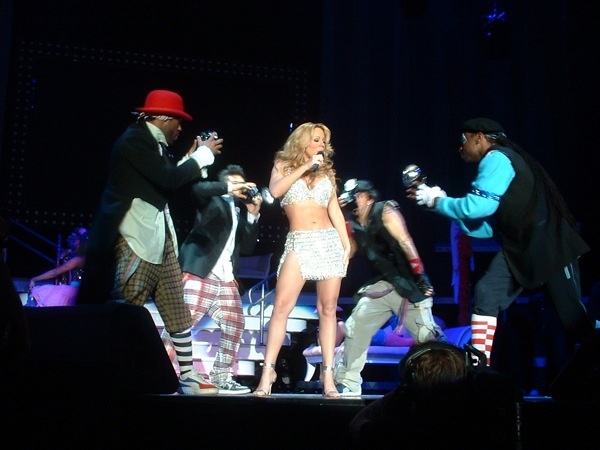 Mariah Carey, 44, had a rough time as headliner at the 82nd annual Rockefeller Center Christmas Tree Lighting Ceremony. She simply “could not get it right” were common watchwords for hundreds of people who either saw or heard Carey’s performance. The sultry songstress also let hundreds of her most adoring fans down when she failed to show for a pre-taping session the day before the event.

There was a wardrobe malfunction that bordered on the verge of comic relief according to some. Struggles with vocal-pitch, the inability to find proper singing range and difficulties controlling her breath all culminated into a less than expected performance from the five-time Grammy award winner. Throw into the mix alleged rumors about distressed protesters with plans to disrupt the tree lighting ceremony resulting from the recent choke hold case, where Eric Garner died while the officer alleged responsible for Garner’s death was not indicted and  a singing performance disaster was almost inevitable.

Social media sites blew up with concerns and reactions to Carey’s lackluster vocal presentation. Most people commenting on sites like Facebook and Twitter ridiculed her performance.  One comment read, “What happened to Mariah…that was painful!” Another comment among hundreds was, “ Mariah, [I love] you. But [you are] killing this song…please stop.”

On Tuesday, Dec. 2, one day prior to the actual tree-lighting event, numerous Carey fans gathered and waited for the singer’s arrival at Rockefeller Center. Dedicated fans spent hours fighting elements of ice-cold, heavy rain to get a glimpse of the superstar.

Carey did eventually show up for pre-taping, but nearly four hours late. By that time, the NBC crew had enough and informed the crowd and Carey to go home. The songstress was, however, begrudgingly given a green light to perform live the next night on Dec. 3 during the ceremony.

She attributed missing the pre-tape call to her estranged husband’s lawyers. Sources close to Cary confirmed that Nick Cannon and Mariah are going through bitter divorce proceedings and she was battling with Cannon’s attorney’s for hours.

During the actual performance on Dec. 3, Carey could not get it right. Set to perform her very popular, 1994, hit single, All I want for Christmas is You, which she has routinely performed many times before, was anything but routine on this night  according to reports. Draped in an elegant, form-fitting red gown that accentuated her figure and flanked by energetic teeny bopper dancers, the diva struggled with voice control, breathing and pitch. She could not accurately hit high or low notes during the Rockefeller Center Christmas Tree Lighting Ceremony.

In addition to vocal mishaps, she could not get her coat off during the song. Many fans watched as Carey’s coat failed to cooperate. According to reports, the coat was hanging loosely from her arm a while until it finally fell onto the ground. “Merry Christmas,” she laughed. “I am getting a new coat!”

Other comments regarding Carey’s performance read,“RIP…Carey’s voice.” A concerned fan commented “[I] hope [you are] ok [Mariah]…” Carey could not get it right. The Dec. 3 song performance at the Rockefeller Center Christmas Tree Lighting Ceremony in New York is one where the angelic songstress did not get rave reviews from most fans.