CES 2015: The Internet of Things and a Lot More 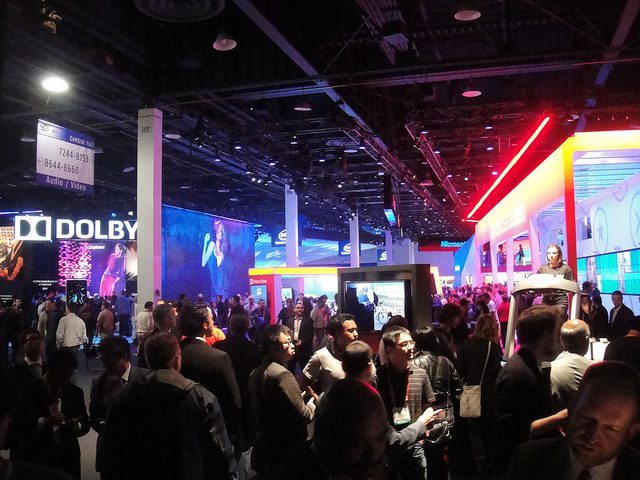 CES 2015 set on Jan. 5, will be about the Internet of Things and a lot more. Samsung Electronics sends invites to listen to the keynote of CEO and President BK Yoon about how the IoT will change lives and revolutionize the industry. The Consumer Electronics Show is a tech calendar event that mostly sets the innovation tone for the next year. The upcoming CES will be at the Venetian in Las Vegas and will last until Jan. 9.

The annual event for the good and the great of the tech world gather Las Vegas to present their most recent inventions, with something for everyone. Products showcased at the CES event are always new and glimmering, but what is more exciting is the technology behind them. Aside from new products, CES will also have conferences which will focus on the coming trends of the tech sector.

Fitness and health may take the center stage. To be included in discussions are the tech for athletes and the next biometric headphone that monitors physical performance and heart rate, while the user is listening to music.

Intel’s vice president will present tech-making wearables. Famous health tracking firms like iFit, Fitbit and Withings will have booths, while the WebMD CEO will talk about what is next with do-it-yourself health tech on Jan. 7.

Among the products to be featured is Bluetooth pacifier. It is the world’s first health tracker for babies, which syncs to the smartphone of parents and gives the baby’s temperature. Another interesting product to premier is a headband, which when worn by kids who are swimming, will alert the parent if they are staying underwater longer than usual.

Companies like Honeywell and Samsung will be bringing everyone to IoT so that washing machines, microwaves, thermostats and fridges will talk to each other and make everyone’s lives more convenient. Celebrity involvement is in and as Dr. Dre and Will.I.Am got into headphones and wearables, technology has become a hot stuff in the world of entertainment. With Las Vegas as the venue, celebrity drop-ins are expected to give more life to the upcoming announcements.

CES 2015 will  have Internet of Things and a lot more, such as being a venue to showcase new visual technology and TV, from 4k to curved television. More big names like Samsung and LG are expected this year, while the TV enthusiasts hope to see affordable sets coming.

Laptops will be ubiquitous at CES, but the trend is inclined to have them replaced with smartphones and tablets. Many like to use Internet applications and most do not like the bulky laptops. They are still staying, but the expectation of them this year should not be much.

CES is big, but companies who want to have their own event are expected to be no show. As many firms become as successful as Apple, Nintendo and Microsoft, doing it alone will be a trend this year.

CES will be full of robots, with ABB Robotics to be present for the first time. RoboScreen patented tech, which is screen on the robot’s arm, is what the company is famous for. RoboScreens are movable on six axis, which synchronizes with pre-programmed events and music, a robotic advancement many people would want to see.

Oculus Rift is making virtual reality accessible again, that even Facebook bought it for $2 billion. Jumping on the bandwagon are Acer, Sony and Samsung, with their handsets.

Connected cars may make their way to CES since Google will be debuting its driverless car as it worked with Open Automotive Alliance for this aspect. Apple is doing the same with CarPlay. CES may have these connected cars presented with enhanced connectivity, like using apps without requiring smartphones.

There is really much to expect from CES 2015 aside from Internet of Things, and as it offers a lot more, it may even have drones flying off, as GoPro and its camera-toting quadcopter tipping to take part of the game while DHL, Amazon and South Park TV are currently playing a bit with the technology. Drones will likely have a big customer base, considering that they can be controlled by smartphones.

One Response to "CES 2015: The Internet of Things and a Lot More"