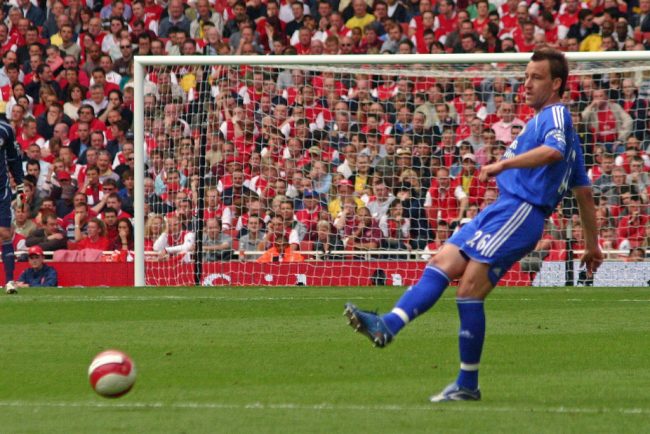 As expected by most, Chelsea were able to cruise to a Boxing Day victory against fourth-place West Ham in the first match of the day. Though they were able to put forth a concerted defensive effort which kept the match far closer than it maybe ought to have been, the Hammers were unable to put together any significant offensive pressure except briefly at a couple of points in the second half, but there was nothing sustained and no goals scored. There were barely any shots on the Chelsea goal.

West Ham manager Sam Allardyce made the decision not to start two key players in the match. Both Diafra Sakho and Alex Song sat on the bench until later on in the second half in an attempt to have them fresh for the upcoming end-of-year schedule. Given the lackluster performance of Song when he did enter the match, it is doubtful that the two would have made a big difference in the outcome anyway.

On a run and holding on to the fourth spot in the standings, West Ham supporters came into the match with some hopes that they might hold their own and challenge Chelsea for the three points, but the squad did little to justify those hopes. Andy Carroll and Stewart Downing up front barely even saw the ball on their half of the pitch, and were virtual non-factors in the contest. The counter-attack was anemic, with the West Ham players consistently showing a lack of decisiveness, and holding on to the ball too long. It was a lack of coordination which is not characteristic of the play they have been showing in recent weeks.

Chelsea, to be fair, was virtually flawless. Contrasted with the West Ham squad, they played in a manner that was a lesson in teamwork. John Terry started the club off with a first-half goal, and it was all Blues for the majority of the match. Eden Hazard, injured in the previous match, was more fit than expected and ran the defense ragged together with Oscar. Cesc Fabregas had a near-telepathic connection with Diego Costa, and continued to feed him beautiful set-up shots the entire match until Costa left in the final minutes. Costa did score the second goal of the match, though he was prevented from capitalizing on some beautiful opportunities earlier on. He did keep pressure on the West Ham keeper, Adrian, however. It was only the strong play of Adrian that kept the score from reflecting more accurately how one-sided the match really was.

Chelsea, with this victory, was able to pull 6 ponts clear for a few hours, until Manchester City won their match as well. Maintaining their three-point margin at the end of the day, and keeping their momentum going, Chelsea is currently nearly universally regarded as the favorites to take the silverware at the end of the season. The transfer window is going to be an important one this year, as virtually none of the clubs, with the possible exception of City, show the strength and depth necessary to challenge the Chelsea squad as the rosters currently stand. Anyone even close to contention will likely be shopping hard for the missing pieces they need to raise their level of play.