Death of Winona State Gymnast in Dumbwaiter Under Investigation 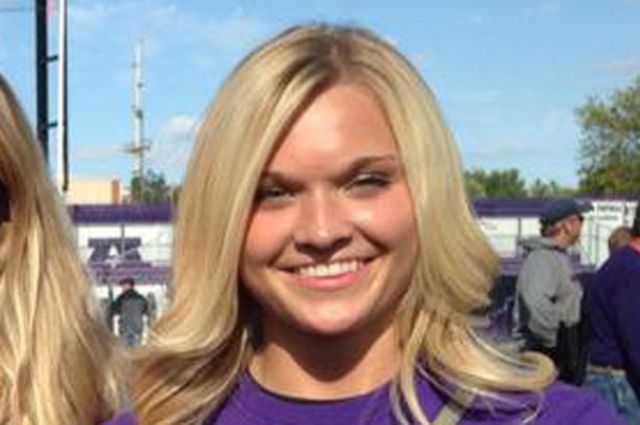 The mysterious death of a Wisconsin college student, who was found dead inside of a restaurant dumbwaiter, is under investigation in an attempt to determine how and why Brooke Baures died after being trapped inside of the food elevator. Baures, 21, was working at the WingDam Saloon and Grill in the western Wisconsin city of Fountain City on Monday. The young woman attended Winona State University in Minnesota, which is located close to the Wisconsin border, and was a gymnast for the college.

The Winona Daily News reviewed the 911 calls placed to Buffalo County sheriff’s dispatchers and reported on a 7:49 p.m. call made by a WingDam Saloon and Grill employee who reported that a co-worker had become trapped in the dumbwaiter. The caller was crying and could not positively identify the person who had become stuck, saying, “I’m not willing to look close enough.” A different employee then looked more closely at the person trapped and identified her as Baures.

The lone police officer of Fountain City, Jason Mork, reported on Friday that he had conducted interviews with all employees and customers who were at the restaurant that night. Nobody questioned had witnessed Baures getting into the dumbwaiter, nor did anybody have any idea why or how she had done so. He also mentioned that the employees with whom he spoke could not recall any other employee entering the dumbwaiter in the past.

Although Chief Mork is in receipt of the preliminary results of the autopsy, he is withholding their release until he has reviewed the findings completely and has had the opportunity to speak with the family of Baures. He refused to describe where the gymnast was found, in what position her body was in or the type of injuries she had suffered. Doing so, he said, would involve going into graphic details. He did say that the opening of the dumbwaiter measured three feet by three feet.

Both the United States Occupational Safety and Health Administration and the Wisconsin Department of Safety and Professional Services are currently investigating Baures’ death. The investigations are routine and do not indicate an assumption of wrongdoing by any party. Authorities do not think her death was a result of foul play.

A statement from the Fountain City Police Department, released on Friday, says that Mork and elevator inspectors from the state of Wisconsin examined the dumbwaiter thoroughly on Friday in order to determine of a mechanical failure of some sort had caused the gymnast’s death. They tested the motor and the electrical systems and also performed tests to determine how it functioned under the stress of various weights as well as the speed in which it traveled. The investigation concluded that the dumbwaiter had been working correctly at the time of Baures’ death.

At the time of her death, Baures was majoring in social work. Teammates of the gymnast described the Chetek, Wisconsin, student as “selfless.” A statement posted on the website of the Winona State Warriors by Eric Schoh, the school’s athletic director, described Baures as a “leader on the team,” and “talented.” She was honored on Wednesday night by the college at a candlelight vigil held at the alumni gazebo, located in the middle of the campus.