Could Kai Be the Worst Evil ‘The Vampire Diaries’ Has Ever Had? 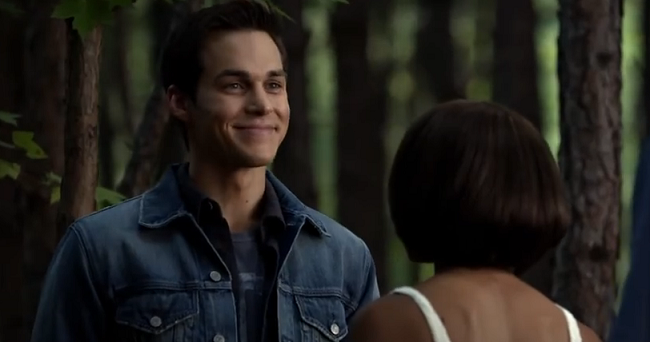 Could Kai be the worst evil that has ever been on The Vampire Diaries? Some fans certainly think so, especially now that he is in the present day Mystic Falls. It was something that fans were warned of before the season started.

Every other antagonist on the show has had something they care about. It could be their people, their family or even one single loved one. Either way, there has been a rhyme and reason behind their despicable acts. Julie Plec did say that this season of The Vampire Diaries would have an evil that was truly evil.

During season one, Damon Salvatore was set up to be the big bad. The vampire certainly has his moments even now, and regularly only thought of himself. It was at the point where Bonnie hated him for the death of her grandmother, Sheila. However, she even said that Kai is worse than Damon could ever be. Damon is at least remorseful for his actions. Kai is not.

Season two introduced the Original Vampires to The Vampire Diaries. They were set up to be the antagonists, especially Klaus who was willing to do everything necessary to break his curse and become a hybrid. While he has his dark side, there is goodness somewhere deep down. Considering the 1,000 years of running that he had to do, it is understandable that he has this dark nature to him.

Klaus also thinks about his family. He wanted to protect Rebekah from getting hurt, and raised Marcel. He went out to save Elijah when he was recently captured by Esther, and will do anything to protect his daughter Hope. He has nothing on Kai when it comes to the worst evil The Vampire Diaries has ever had.

Katherine Pierce could be another evil that fans think of, but there has always been something that she cares about. There have been times that she has been remorseful for her actions, such as towards Stefan. She thought of others as well as herself, including her daughter Nadia.

With Kai, there is no remorse. He killed a taxi driver just because he did not have the money to pay for the fare. He knew that he would need to kill his twin sister to be the leader of the Gemini coven, and he was willing to do it. There was no thought about the life that he was about to take.

There is only one character that could battle him for the top spot, and that is Enzo. The former Augustine vampire is sadistic and twisted, but he was Damon’s friend once upon a time. There is also the fact that he was tortured and experimented on for decades when locked away as the Augustine vampire. Kai does not have that excuse. Kai really could be the most evil character The Vampire Diaries has ever had.