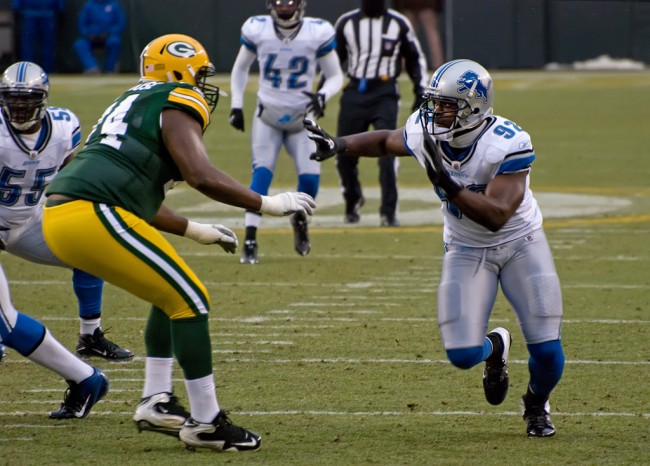 The Detroit Lions hope to end 23 years of frustration when they visit the Green Bay Packers this Sunday at Lambeau Field. Whoever comes out on top will take the NFC North division title, at least one home game in the playoffs and, most likely, will earn a playoff bye. The game was originally supposed to be an early afternoon game, but was moved to 4:25 ET because of the enormity of the playoff implications attached to the game.

Detroit has enjoyed a remarkably successful season so far, and there are reasons to feel optimistic about their chances against the Packers. The Lions have won four games in a row, and bring an impressive 11-4 record into this game. If they manage to win, they will finish with a 12-4 regular season record and the NFC North title, which would easily qualify as their most successful season since 1991, when they also finished 12-4. That was the last time Detroit got as far as the NFC Championship Game, or even won a playoff game in recent memory. It is one of the longest such active droughts in the NFL.

But this game will be at Lambeau Field, where the Lions also have not won since that same 1991 season. The Packers have beaten the Lions 24 straight times in Green Bay. To put that in perspective, Brett Favre was still a relatively unknown backup quarterback for the Atlanta Falcons, and a number of players that will take the field on both sides this Sunday were not yet even born. George H. W. Bush was in the White House, and Gorbachev was about to dissolve the Soviet Union. The Detroit Lions were coached by Wayne Fonte, and featured stars like Barry Sanders and Herman Moore in their run ‘n shoot, Silver Stretch offense. It has been 23 years of frustration for the Detroit Lions since, especially in Green Bay, and they hope to finally end that this weekend.

As if that were not daunting enough, Lambeau Field has been a particularly difficult place for opponents to play at this season. The Packers have been incredibly dominant there so far this season as one of only three teams left in the NFL with perfect home records. They have won those games by an average of 21 points. The only way that Detroit is going to capture the division title is if they manage to change all of that, and pull off a huge road win in cold weather. Since the Lions play in a dome, they have not been known as an especially good team in cold weather conditions in recent years, although they did win at Chicago last weekend. Still, a victory in Green Bay would be the biggest victory that this franchise has had in many years, if not decades.

Green Bay has a lot of offensive weapons in their favor. Behind quarterback Aaron Rodgers, who is one of the elite quarterbacks in the game right now, the Packers have a potentially explosive offense that will test Detroit’s defense to the limits. They are the second highest scoring team in the league, just behind the Patriots. Also, they have tended to be particularly lethal while playing at home. All of those factors have contributed to Green Bay being over seven-point favorites going into this game, with the NFC North division title on the line.

Yet, the Lions feel confident as they head to Green Bay for the big showdown with their division rivals, the Packers. They have a very solid defense which has only given up 252 points to this point in the season. Only the vaunted Seattle Seahawks have allowed less points. Also, both the Lions and the Seahawks are the only teams left that allow less than 300 yards on average per game. The Detroit Lions, who enjoy a perfect 5-0 record within the NFC North division this season, hope to end 23 years of frustration in this huge showdown for the division title. If they manage to retain that perfect record within the division on Sunday – a big if – they will manage to capture the NFC North title, and will earn a playoff bye and at least the second seed in the NFC playoffs. Clearly, there is a lot at stake for them.