E-cigarettes Are Old School for Teens 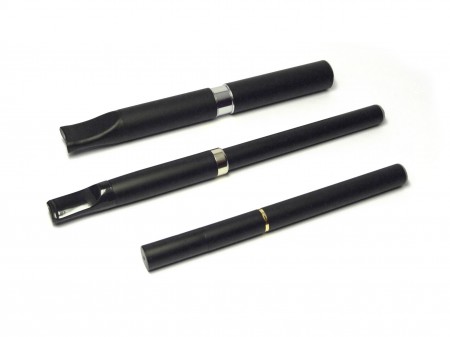 Teenagers in America are toward away from tobacco cigarettes in larger numbers than has been seen in generations. That is part of the good news released in a survey of over 40,000 students. For the first time teenagers have reported drawing on e-cigarettes more often than smoking conventional cigarettes.

Teenagers in general are turning away from alcohol and pills such as OxyContin and cigarette smoking has declined as well. The drop, compared to a study in 1990, turned steeper in the last few years. Today, just 6.5 percent of students are lighting up at least once a day. That is less than half as many ten years ago. Many of the teenagers in the survey reported buying the e-cigarettes and vaping liquid online. Many websites are not choosy about who their customers are. Others, such as SixVape screen customers based on birth dates customers enter prior to being allowed onto the site.

The survey, sponsored by the National Institute on Drug Abuse, and reported in Ecigsopedia, reflects similar data that shows American teenagers engaging in less risky behavior overall. An emerging risk that has health officials concerned revolves around the electronic cigarettes. This was the first time the survey asked about the electronic tobacco delivery devices. The survey shows that 17 percent of seniors report that they had “vaped” in the last month compared with 12 percent who reported using traditional cigarettes.

The researchers behind the survey claim that it is difficult to precisely say what the change may mean for the students’ future health. The risk of e-cigarettes, primarily for long-term users have not been determined. Some of the questions researchers want to find answers to are:

According to Richard Miech, a researcher with the University of Michigan, e-cig use has doubled every twelve months since 2011. “The best we can do is follow people and see what happens as they age,” he said.

The data gathered in the NIDA study seems pretty clear to many researchers. One area where there is still disagreement is the benefit and usefulness of e-cigarettes for someone choosing to stop smoking traditional cigarettes.

Miech says that anyone thinking about using e-cigarettes to stop smoking should remember three things:

Researchers with the survey are advising people, not just teens, not to use them. “Individuals who wish to stop smoking should use other products already proven safe and effective,” said. Miech.

Other researchers are not as sure. Cancer Research recently released a study of more than 6,100 smokers. According to the data gathered so far, people who attempted to quit without the help of a professional were 60 percent more likely to successfully stop using e-cigs. “E-Cigarettes could improve public health because of their appeal and the overall health benefits gained when one stops smoking,” said Professor Robert West, author of the Cancer Research study.