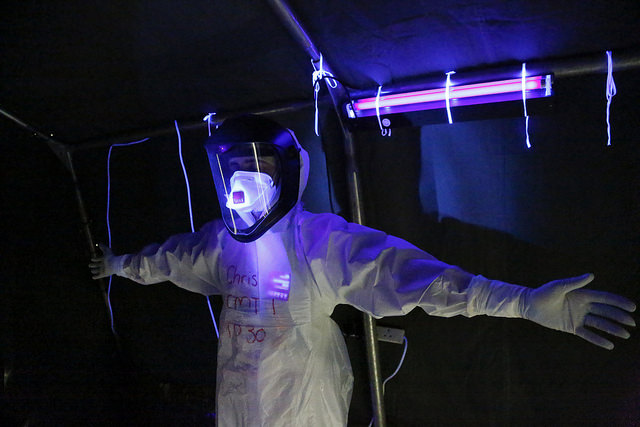 The World Health Organization (WHO) cautions against having unprotected sex for a period of at least 90 days for those in recovery from Ebola as it appears to be transmittable through sex. When the virus has been detected in the semen of male survivors, it persisted for an average of 67 days. One survivor was found to carry Ebola in his semen for 91 days.

If the same practice of doubling the time period from the longest known data was to be utilized then those men in recovery from the virus should practice either abstinence or use condoms for no less than 180 days. While researchers indicate that more studies are necessary to support the current findings, it appears that health care professionals are now strongly recommending these safety measures. If the live virus can be transmitted through unprotected sex then even those regions which might be declared free of the Ebola virus could be at risk of further viral outbreaks.

The Ebola outbreak has been the cause of an estimated 3,800 deaths. Symptoms include severe abdominal pain, fever and massive bleeding often leading to organ failure. As many as 90 percent of people infected with the disease do not recover. It is spreadable through fluids such as blood, vomit, diarrhea and semen. The virus remains live even after a patient’s demise; leading experts to believe that many times new infections have occurred as the bodies were prepared for interment. This belief has possibly caused health care professionals to overlook the fact that the live Ebola virus could persist for months in recovered patients and may be transmittable through unprotected sex.

The number of those infected with the Ebola virus in West Africa continues to double every three to four weeks. If the outbreak is not halted, the number of those infected is predicted to reach approximately 1.4 million by January. The current epidemic has rapidly spread and health care workers have been struggling to keep up with the vast number of patients infected. At times, facilities were unable to take care of people so they were sent home only to infect more people. The World Health Organization has admitted that their estimate on the number of fatalities may be considerably miscalculated. The actual number of deaths could currently be around 10,000, according to WHO.

At this time only limited studies have been done on the presence of Ebola in semen. It has been documented that at least some males, though symptom free, still carry the live virus and could potentially infect others. While it generally takes about 21 days for the virus to run through the body, recovered patients can potentially remain carriers. As more patients survive this epidemic, the possibility of infection through intercourse becomes a bigger issue.

Male survivors should be cautioned against unprotected sex in order to reduce the possibility of transmitting Ebola. While new studies must be performed in order to determine exactly how long the virus can remain active in the body, the risk of infection to sexual partners is real. The current recommendation is for Ebola survivors to either practice abstinence or use condoms for at least 3 months after recovery.