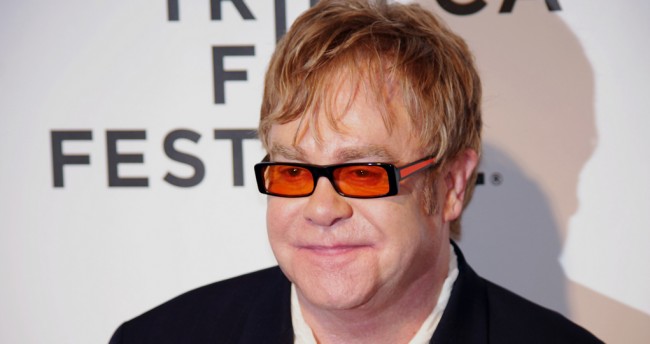 It has been a weekend of weddings, and Elton John was just one of those when he married long-term partner David Furnish. It was the couple’s ninth anniversary of their civil partnership. The two shared a picture on Instagram after getting through “the legal bit.”

England legalized same-sex marriages earlier this year, despite various religious communities being against it. It has meant that gay and lesbian couples now have all the same rights as heterosexual couples, helping to reduce the discrimination in the country. John and his partner promised that there would be more photos to follow from the festivities, which were taking part in their London estate. An A-list crowd attended the party, along with the couple’s two sons by surrogate, Elijah and Zachary.

The singer is well-known for his big hits over the last few decades, as well as supplying the music for a number of movies. Gnomeo and Juliette used a number of John’s hits throughout the movie.

The marriage of the two was not a surprise. Earlier this year, they had announced that they would get married after praising England for the decision to allow the marriages. John also took to Twitter to share the plans during the week.

The Beckhams were certainly in attendance at the marriage of John and Furnish. Brooklyn took to social media to congratulate the two, calling them “Uncle Elton and Uncle John,” and he shared a photo of the menu. The menu showed it was a very traditional meal for the guests, with mushroom soup and truffle cream for starters, beef short rib with a caramelized onion pie as the main and a warm chocolate pudding for dessert.

Despite already being joined through a civil partnership, the couple wanted to make sure they took advantage of the change in law. It was an important move to show that the law change was appreciated, wanted and the right thing to do. It would also hopefully encourage others to make the same move.

John was not the only one to tie the knot this weekend. Former ‘NSYNC member Lance Bass also said “I do.” This was to his long-term partner Michael Turchin, who designed the tuxes for their big occasion. They wore two different tuxedos for their wedding and their reception. Their big day took part in Los Angeles’ Park Plaza Hotel on Saturday, where they both married and held their reception.

Bass did allowed a TV crew into his wedding day. E! will share a special on February 5 of the big day called Lance Loves Michael: The Lance Bass Wedding.

John has certainly not followed the trend to have televisions crews film the day. His wedding day was a private affair, with the odd photo shared on social media by himself, his family and his friends. Unlike Kim Kardashian and Kanye West earlier this year he did not impose a phone or camera ban.

It is certainly a great weekend for equality with two members of the LBGT community getting married. John and Bass have taken advantage of the same-sex marriage laws by marrying their respective partners, Furnish and Turchin.