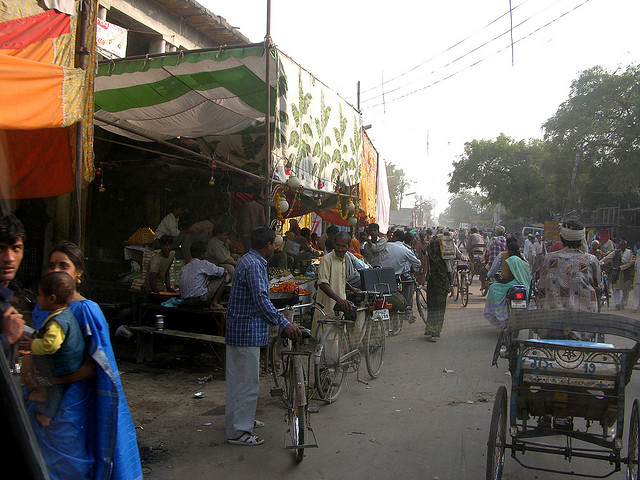 India superbug attack which has killed thousands of infants is threatening other countries of the world as well. It has been found that Indian babies died because of the spread of fatal superbugs, which become incurable since they are resistant to drugs. Most developing countries, such as India, likely have higher rates of bacterial infection.

Last year, more than 58,000 Indian babies died because of the deadly bacteria that are resistant to antibiotics, as The Lancet, the British medical journal, reported. India superbug attack becomes uncontrollable even with medications that were able to stop them in the past, but now, are becoming ineffective. The root cause of the problem is, antibiotic-dependence.

The use of antibiotics in Europe and the United States began to decrease from year 2000 to 2010. Past researches suggest antibiotics overuse could make bugs resist them. In the U.S., 23,000 people die due to bacteria that cannot be cured by antibiotic drugs. President Obama vowed in September to deal with the problem. However, in developing countries, the use of antibiotics is rising. In India, for instance, the easy spread of bacteria due to untreated sewage and outdoor bathrooms leads the Indians to turn to antibiotics the most.

According to New York Times, the bacteria in India superbug attack comes from various sources, such as animals, sewage, water, soil, hospitals, homes or even from mothers. Newborns are most vulnerable since their immune systems are still weak, and one-third of all the infant deaths in the world are from India.

The country has increased hospital births, but mothers are sharing beds, like two or three mothers in one bed. Aside from unsanitary maternity wards, there are also contaminated toilets and water, which are attractive havens for bacteria. It is said the country has doctors who also make money from selling medicines.

Indian Prime Minister Narendra Modi began the campaign of building indoor toilets early this year, but with 1.2 billion people, the project becomes daunting. Without better hygiene and sanitation, the population is forced to heavily depend on antibiotics to lessen the risk of infections, Research and Policy Vice President Ramanan Laxminarayan of India Public Health Foundation told Times. Such results in losing the drugs and their infants face the consequences of getting the incurable sepsis, Laxminarayan added.

While the country has been facing terrible infant death rates, and the death caused by India superbug attack is just a fraction of almost 800,000 babies dying yearly, its rising toll may swamp the government’s effort to reduce the terrible death rate of babies, Indian pediatricians say. India superbug attack that is currently sweeping the country also threatens other countries of the world. Fear begins to escalate as the bugs, genetically coded NDM1, or New Delhi Metallo-beta lactamase 1, are spotted in the U.S., Oman, Japan and France. Pediatrics Chief Dr. Vinod Paul of All India Institute of Medical Sciences, told New York Times, the disaster is not only India’s, but of the entire world’s as well.

Dr. Neelam Kler, Department of Neonatology chairwoman at Sir Ganga Ram Hospital in New Delhi, which is among India’s prestigious private hospitals, said the kind of infections they see now were not almost existent five years ago. She commented, it is scary to see almost 100 percent of infants referred to them have infections that are resistant to multiple drugs.

It has already been decades that health officials warned the world for overuse of antibiotics. The miracle drug which made a medical history for itself was predicted to eventually lead bacteria to evolve, and the drug will become ineffective. Since being incurable is one of the main causes of the problem, the India superbug attack is threatening other countries of the world and is regarded by health officials as a national security threat.