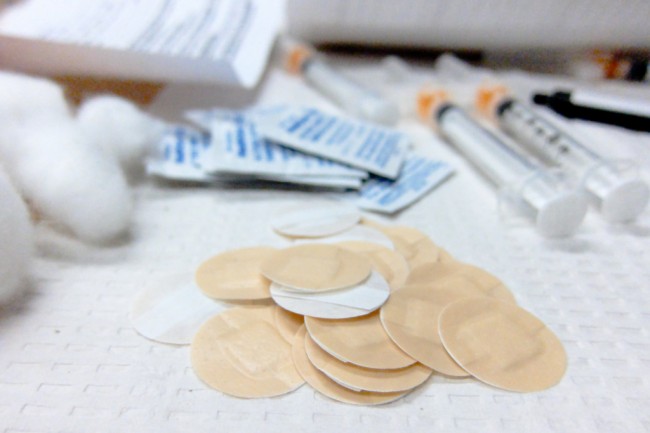 Flu season has just started and more people than expected, especially children and older adults, are going through mild to severe flu infections all across the country. The reason behind the increased number of affected is that the influenza virus has mutated and vaccines are proving ineffective against infections.

The Centers for Disease Control and Prevention (CDC) issued a health warning to doctors regarding widespread flu in the current season. Flu vaccines may not be providing protection from this season’s most common viral strains. There can be variety of many different and new viruses every season and previous flu vaccines may be ineffective against them.

There is not just one flu virus. There is always a mix of viruses circulating and H3N2, is one of them. The usual flu vaccine is designed to protect against this mix of virus strains, but this season the strain of H3N2 infecting most people has mutated and is proving to be ineffective.

H3N2, commonly called as influenza A, is a big category of flu virus. According to a medical report conducted this year, more than 90 percent of those infected this year tested positively with influenza A viruses. This is the influenza virus that has mutated and is ineffectively protected by this year’s vaccine.

This is very common with flu viruses. With H3N2 virus mutating, there is more chance of higher rates of flu related hospitalizations and more severe cases of flu. Every season there is a different crop of viruses and vaccines have to keep up with them to provide maximum protection.

According to the CDC, the ineffective or mutated strain of H3N2 first came out in March, but it was not circulated until September. By that time it was not possible to revert the vaccine back and modify the strains as it takes months to produce vaccine for widespread use

Currently, there is no immediate fix for the vaccines against the threats of H3N2 virus. It can cause a worse flu season, most likely for those more vulnerable to catch infections like babies, children, pregnant women, older adults and people having preexisting conditions like asthma or other lung diseases etc.

Flu season peaks in the months of January and February, and according to a data report, depending on the season there are somewhere between 4,000 to 50, 000 flu related deaths in United States every year. Doctors have been advised to provide extra medications and vaccines to the influenza patients due to its ineffective muted virus. Tamiflu and Relenza are most effective against flu related symptoms and can reduce complications and severity in most cases when prescribed by a doctor.

While this year, flu prevention is not that strong against a mutated virus causing influenza and proving to be quite ineffective, but it is still recommended to get the vaccine. It should be kept in mind that current vaccine still provides protection to at least 50 percent of cases. Taking precautionary measures in the beginning of the season and seeing a doctor and starting treatment immediately when the symptoms appear can reduce the number of infections to a considerable level and can also control the severity of the sickness.