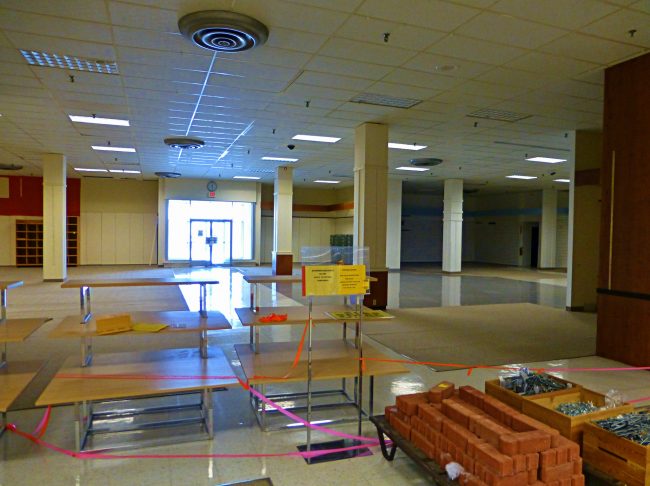 After a third quarter of terribly underwhelming numbers and performance, Sears Holdings decided to close 235 stores nationwide. Sears Holdings is the parent company of both Sears and Kmart stores. The two stores merged in 2005.

They announced on Thursday that the company had a third quarter loss of $296 million and to cover that loss they would have to close more stores. Initially, they planned to only close 130, but by the end of the third quarter it was clear they would need to close more. The majority of the 235 stores that closed under the parent company were Kmart stores.

In November, it was rumored that the company would be turning hundreds of stores into real estate investment trusts (REIT) to help finances and boost revenues. That would mean Sears would own up to 500 hundred stores and lease almost 1500. The goal would be to make the company more profitable.

The company has been in need of serious cash raising to help get them through the holiday season. The sale of Sears Canada has played a role in creating cash flow. The company also took loans from chairman and CEO Eddie Lampert. Coupled with leasing locations to other retailers, the company took in over $2 billion.

Even though the company closed over 200 hundred stores to cut down on costs, they adjusted other areas of the business to save more. A change in the way the company advertises to consumers saved them nearly $550 million for 2014. However, there is still a documented $1 billion of negative cash flow for the company that needs to be addressed. Sears closing hundreds of stores nationwide does not fully address that issue.

Once upon a time, they was the leader of all department stores. But prior to that, they hit it big with mail order catalogs. The original catalogs listed watches and jewelry, but after proving to be a success, the store added other items to its catalog. It is reported that the catalog listed a Stradivarius violin for $6.10.

The company was started by Richard Sears in 1886. By 1893 sales had increased to over $750,000 and the catalog was 532 pages long. 1931 saw sales from the brick and mortar store top mail order catalog sales. At the beginning of World War II, Sears had over 600 stores. Currently, there are more than 1800 stores owned by the holdings company.

They were the largest retailer in the country until the 1980s, when the presence of Wal-Mart started edging out the established department store. The department store currently has reports of revenue being behind many other department stores today, including Wal-Mart and Target. The introduction of the internet also has played a role in the store’s under performance because people are shopping online now more than ever.

Sears was the largest department store for a number of years. After having stores under-performing consistently, Sears decided to close hundreds of stores nationwide to help keep the company alive. Other changes still need to be made if Sears is going to be able to compete with newer department stores like Target, Wal-Mart or Cosco.