By Chanel van der Woodsen on December 31, 2014No Comment 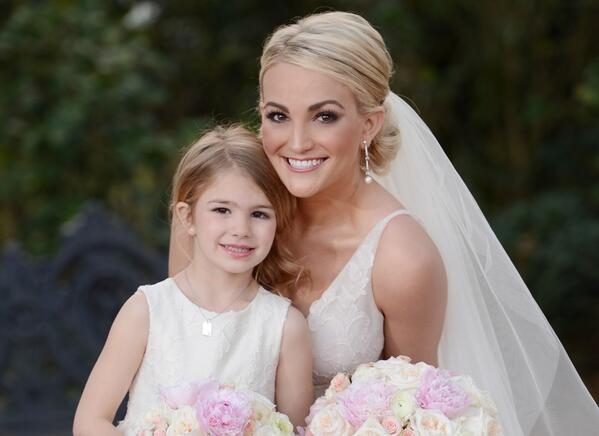 Jamie Lynn Spears got into a rather scary confrontation in a sandwich shop last weekend, which escalated to her waving a serrated knife around in order to protect her friend. The incident in question occurred in Hammond, Louisiana, inside the town’s PitaPit.

The 23-year-old and her friends were inside the food establishment, reportedly minding their own business when the conflict began. A group of men began fighting, and the Mississippi native’s friend ended up getting knocked down. In order to keep the situation from escalating, she then dragged the girl to safety behind the sandwich counter and took hold of said serrated knife for protection. Spears began to wave the cutting instrument around in the air in an effort to break up the scuffle, a gesture which is said to have worked. Authorities were called the scene shortly after, but no arrests or charges were made against anyone involved.

The original story that broke gave details that Spears’ friend had actually been clocked with a bottle upon entry to the pita joint, and that this was why the former Zoey 101 star had to bring her to safety and subsequently begin wielding the knife in question in order to fend off the attacker. Upon police arriving at the scene, it was reported that the friend declined to press charges against the bottle thrower in question. This, however, turned out to be inaccurate information (except for the part about no charges being laid.) The incident involving a girl being hit with a glass beverage container had actually taken place the previous night, and Hammond police authorities were quick to clarify the mistake and apologize for any confusion.

It has been quite a year for Spears. Back in March, she married partner Jamie Watson, in a simple ceremony that took place in New Orleans. She and Watson had been involved in an on-again-off-again relationship for approximately two years before the man decided to make things official and ask his love interest to marry him in the same month of the previous year. Watson, a businessman, owns a communications service titled Advanced Media Partners. The ceremony was attended by mostly immediately family only; on Spears’ side, this meant pop icon sister Britney and her two sons, Jayden James and Sean Preston, as well as her mother Lynn and father James. Her five-year old daughter, Maddie Aldridge, wore a matching but miniature version of her mother’s bridal gown, and the pair shared matching pastel floral bouquets. Maddie helped her mother and new step-father cut the cake, with photos surfacing shortly after the event showing the three looking gleeful and extremely joyous to be experiencing this new step in their lives as a family together.

Jamie Lynn Spears has not yet given any public statement regarding the recent incident in which she began wielding a knife around a sandwich shop in order to protect the safety of her friend. Reports remain adamant that there will be no further investigation regarding the incident, which took place last weekend in Hammond, Louisiana.