Jesus Christ Born of a Virgin: Why It Matters to Christians 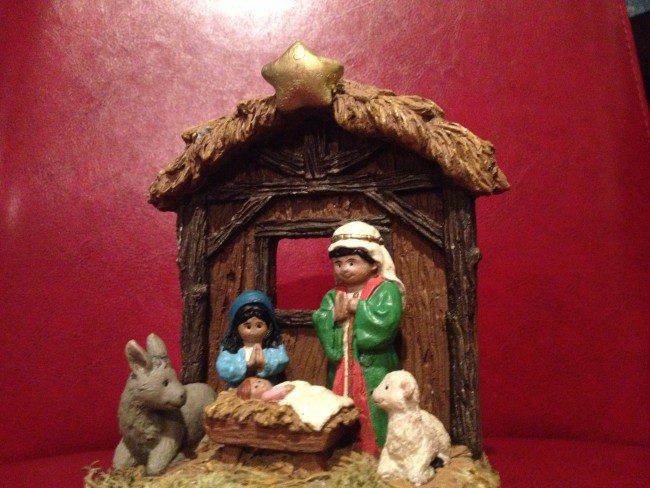 Jesus Christ’s entrance into the world, born of a virgin, has come under intense scrutiny and criticism from skeptics, who consider belief in the miraculous and inexplicable in the natural order of the world a sign of intellectual suicide by Christian believers and question why the “myth” matters so much. For Christians however, their entire belief system is based on Truth, with a capital T, so that the veracity of the biblical Christmas story of the birth of Jesus Christ is more than just a matter of personal preference as to the minor details of an interesting but ultimately inconsequential legend. Evangelical believers hold to the authenticity, accuracy and infallibility of the facts recorded in the Bible, the Word of God as the indispensable infrastructure of their faith. Without it, the entirety of the gospel, which is the power of salvation according to Romans 1:16 crumbles. With it, the story extends grace, forgiveness of sin, promise and hope of God’s nearness and friendship across the broad tapestry of history to all of humankind starting with the birth of His only begotten Son.

The virgin birth is far more than an entertaining story for Christians, it is the life, breath and heartbeat of the Creator God of all Creation who came to Earth as Jesus Christ, to make a way for all people to bridge the gap between their sin and His perfection and enjoy eternity in His presence because He loves each and every person so much that separation from anyone breaks His heart. Therefore, God took on the form of a man allowing Himself to be born as the baby Jesus Christ to a virgin named Mary in the town of Bethlehem, Israel. His ability to be the Savior that Christians believe Him to be rests on this foundation that he was God in human form, fully divine, yet fully human.

Accepting the Bible as an accurate record of historical events and the inspired Word of God is such a fundamental matter in Christian belief that casting doubt upon the idea that Jesus Christ was born of a virgin calls not only the birth story into question, but the entirety of scriptural record. Since the Bible clearly teaches the virgin birth, questioning the truth of the account is to question the authority and integrity of scripture. If scripture cannot be believed in its accounts, then the Bible is lying, which means it cannot have come forth from a perfect and holy God who is the author and reason for every why and how of the Christian faith. One cannot simply pick and choose which parts one wishes to accept and reject the rest. It all stands and falls as a whole and without the virgin birth to qualify Him as God,  Jesus Christ has no qualifications as the Savior of humanity and the hope of salvation is just so much dust in the wind.

Debates rage among scholars and theologians regarding the necessity of Christians believing in the virgin birth. Many claim that the truth of the accounts of the birth of Jesus Christ in Matthew and Luke simply do not matter. However, Richard A. Mohler, Jr., president of the Southern Baptist Theological Seminary in Kentucky points out that denying that Jesus was born of a virgin is a denial of His divinity, which in turn negates his ability and promise to save sinners. Without that, Christianity is stripped of its power, reduced to a fictional story with some moral overtones but no deep and abiding Truth upon which to base one’s philosophy and answer all the whys of life. In short, the truth of the virgin birth is an essential pillar of the faith because it takes the stories and gives them weight and importance for the ages. If it is not true as the skeptics want to claim, the trustworthiness of every other teaching contained in its pages is called into question and Jesus is relegated to the status of a moral teacher no better or higher than other teachers of His day.

The integrity of Christian belief rests on the absolute Truth of everything the Bible records, backed up by the plethora of prophecy, made hundreds of years before Jesus Christ was born. The sheer quantity of fulfilled prophecy surrounding Him being born of a virgin and its far-reaching acceptance across all branches of Christianity for hundreds of years, puts it far out of the reach of wishful thinking, creative storytelling, conspiracy theory or superstition. No other person in history is like Him. The claims of his biography, his power and identity are not transferable to any other person in history.  Only Jesus meets all the requirements of prophecy and supernatural characteristics. No one could have pre-arranged the quantity of details surrounding His birth, short of God Himself. This matters immensely to Christians because the entire narrative of their salvation depends upon grace offered by a God who reached out to a people incapable of helping themselves out of a dire fate of permanent separation from fellowship with Him. His appearance, then, as a baby answers every why and how and brings about the promise of hope, blessing and an eternity in intimated fellowship with their Creator. Having grasped hold of this promise through faith in Jesus Christ, the alternative hopelessness and despair presented by the prospect of negating the Truth of the virgin birth is to deprive Christians of the confident expectations of untold blessings in living life His way, an aspiration not likely to be easily surrendered for counterfeits and alternatives.

Image courtesy of the writer