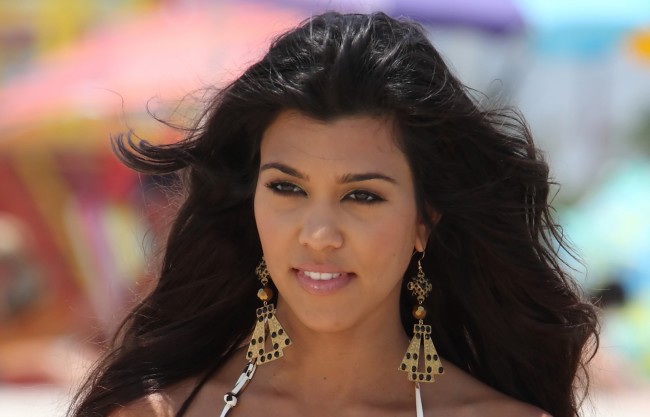 Kourtney Kardashian has revealed the gender of her baby with Scott Disick. It turns out that she is expecting a baby boy, and is very excited about it. However, it seems that the two will never marry, despite having three children together once this baby is born.

Rumors have spread that Kardashian and Disick are heading for a breakup. Fans of Kourtney and Khloe Take the Hamptons have now witnessed many of the arguments that the unmarried couple have had. Many of these are all due to the father of two drinking too much. He had been kicked out of the house and was seen entering rehab.

It is clear that the two love each other and their children together. However, sources have said that they will not marry. If they did, they would just end up divorcing, and that does not seem like something either of them want to do. It is better if they just live the way they have been doing.

The couple have two children together so far, five-year-old Mason and two-year-old Penelope. They are expecting their third child together, although Disick did not seem that happy about it when she first broke the news to him. It seems he is also not that happy about the gender of the baby, which Kardashian revealed on her reality TV show with her sister, Khloe.

The younger Kardashian took Disick to one side to find out if he was excited about having another boy. It seems that he really wanted a second daughter, but is “fine now.” Maybe it was just the shock of finding out about the child’s sex. He was not the only one who seemed to want a girl, though. Five-year-old Mason admitted that he was hoping to have another little sister to join the family. Sister Penelope is too young to understand what is happening and share her thoughts.

The pregnant Kardashian had her son help her with the announcement of the baby’s gender to her family. Mason ran out with a stick that had a blue star on the top. The whole event was videoed by middle sister, Kim.

This is the last month for the pregnant couple, and Kardashian has been enjoying it in style. So far, she has enjoyed two baby showers. One of those was a relaxed IHOP PJ party, and the second was a formal shower with a Breakfast at Tiffany’s theme. She has also enjoyed taking part in a nude photo shoot for DuJour. While speaking about pregnancy, she mentioned how beautiful and empowering she finds the transformation to be. It is something that she has embraced for the whole period.

However, the 35-year-old was accused of putting the life of her baby at risk. During her reality TV show in the Hamptons, she continually speaks about how great of a sailor she is. It was time for her sister and boyfriend to put her claims to the test. Unfortunately, it ended with many of them getting wet, and could have endangered her unborn child.

The whole clan waited for the big gender reveal during the program. Kardashian revealled to everyone that her baby’s gender is a boy, and she is very excited about it.