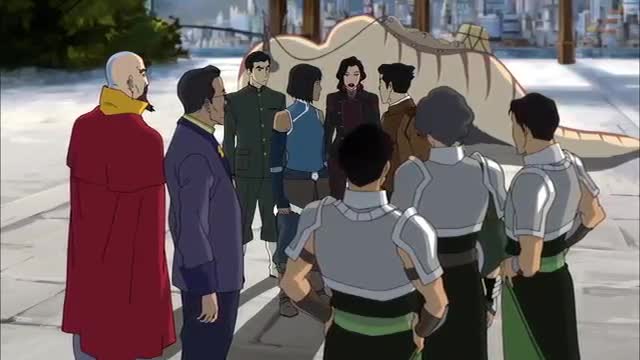 Legend of Korra: Kuvira’s Gambit showed us just how far Kuvira is willing to go to “unite” the Earth nation under her tyrannical rule. From the start of the season, it was clear who the antagonist of the season was going to be. Unlike most of the villains that Korra has come up against, Kuvira’s agenda was clear from the beginning of the season. It was only a matter of time before viewers got a chance to see the “Great Uniter” finally step into virtually insanity and ruthlessness. In this episode, it was pretty much clear that Kuvira has finally gone to the extreme in her quest for power.

Returning to Republic City with new information and a new plan to take down Kuvira’s army and spirit weapon, Korra and team avatar began making preparations to evacuate the city and build up the army. According to the intel from the assistant-turned-spy Zhu Li, the team had only two weeks to build up their defenses. It seemed that this was the turning point for a lot of the side characters as well, Wu finally stepped-up to the plate and delivered a calming evacuation speech after Mako’s lifeless delivery and Zhu Li finally found her voice and stood up to Varrick. Although war was eminent, Legend of Korra writer Joshua Hamilton still found a way to lighten the mood with those funny moments. The only fault in these moments were the quickness of the evacuation and the lack of animation during the montage of citizens leaving. What did not make sense is the time that elapsed during this crisis. From these disjointed mixes, it was clear the the budget cuts for the series were affecting the story telling. 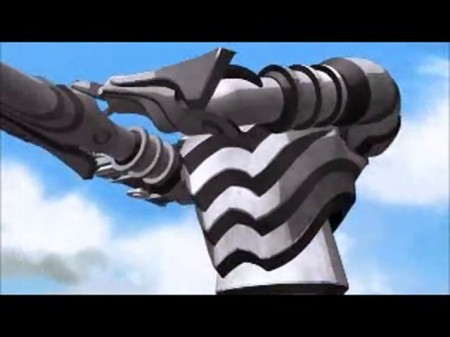 All seemed well, at first, until Kuvira arrived about a week ahead of schedule. Already knowing that Zhu Li may have told the team her every move, Kuvira made sure her march upon the city was went off with no problems and filled with a large surprise. Her army fully assembled and equipped, the benevolent leader was adorned in a metal colossus and the spirit gun attached to its arm. Alluded in a previous episode of Legend of Korra, it seemed that Baatar Jr. took down the lotus shields protecting the city to help build a mecha suit for his beloved. Fully operational by metal bending, the team’s defenses were basically futile against such a large force of power.

In a last minute effort to save the surrendered Republic City, Korra and a few members of team avatar pulled off a very successful stealth mission and kidnapped Baatar Jr. Knowing that he was the one who invented the colossus suit, it was time to interrogate him and see if he would crack. The interrogation scene was another great moment of the Kuvira’s Gambit. Legend of Korra viewers finally got a chance to see just how brainwashed by love Baatar Jr. was and, in a sad moment, how much Suyin wanted her family back together. The hurt in her eyes as she pleaded for her son to stop the madness was tough to watch, but had no effect on him. However, Korra’s threat to take him away from his love did the trick. Korra was definitely back to being the strong avatar we first met in the beginning of Legend of Korra and was not playing with Kuvira anymore. 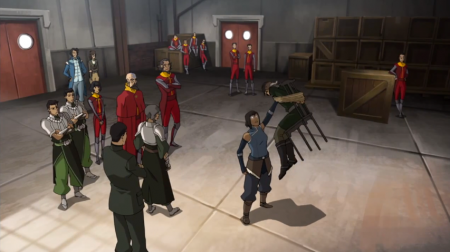 Unfortunately, the plan was another fail. Kuvira found their location from the radio signal and aimed to kill with her spirit cannon. At this point, it was clear that she was determined to conquer the Earth nation and build her empire and nothing was going to stand in her way. Love was just another obstacle she had to overcome and wiping out Baatar Jr. with the rest of the avatar team was just another task in her quest for glory. Kuvira had finally become mad with power and there was no coming back.

Legend of Korra: Kuvira’s Gambit set-up the finale episodes nicely. Leaving viewers with a bit of a cliff-hanger on who survived the blast, the next two episodes are sure to be the series most entertaining. The finale battle will surely be one of the best of Legend of Korra and, hopefully, will not be another fight involving a giant blue Korra, like the finale of Season 2.