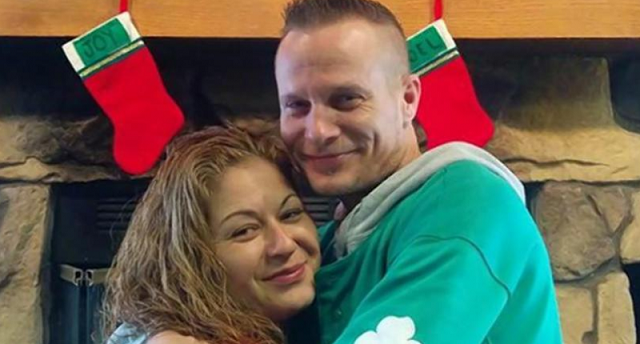 On Christmas Day a pit bull mauled his owner to death in Indiana. Eddie Cahill stayed home with Fat Boy and Keylo, his two eight-year-old dogs, while his girlfriend spent Christmas with her family. When she returned home that evening she found the 40-year-old’s unresponsive body covered in dog bites and one of the pit bulls with blood on his mouth.

The dogs were given bones for Christmas and for reasons unknown Fat Boy demonstrated aggressive behavior. According to the police report Cahill’s girlfriend, Blanca Rodriquez, told the officer she had warned Eddie to euthanize Fat Boy because he was unpredictable and violent. However, she now says that is not true and they never had any problems with Fat Boy in the past. When speaking of the dogs she said:

They were playful. One slept with me and my husband and the other slept with the girls. I do not want people to think badly of pit bulls, it was freak accident Eddie loved those dogs.

According to the American Society for the Prevention of Cruelty to Animals (ASPCA), the pit bull as it exists today is a descendant of the English bull-baiting dog. These dogs were bred to hold and bite large animals such as bulls and bears around the head and face. This does not mean they are automatically aggressive; some were selected and bred for fighting while others were specifically bred for companionship and work.

Eve dogs that were bred to fight other dogs were not taught to be aggressive towards humans. They needed to be handled routinely by people and that type of behavior was not tolerated. Any pit bull that demonstrated aggressive behavior towards people was killed to avoid passing on such traits. The ASPCA reports research on pet dogs confirms that dogs which are aggressive to dogs are no more likely to direct aggression toward people than dogs that are not aggressive to other dogs.

Pit bulls that were chosen for their fighting ability are more likely to fight with other dogs, but not necessarily unpredictably aggressive or cannot be around other dogs. Those selected for work and companionship have long been popular family pets. They have notable qualities such as loyalty, gentleness and affection.

It is important to clarify while a dog’s genetics may cause them to have a predisposition to behave in a certain manner; behavior develops through a complex interaction between genetics and environment. Genetics do not exist in a vacuum. The behavior of an individual dog is influenced by factors such as housing conditions and their history of social interactions. These factors have pivotal roles in behavioral development.

Early experiences in a dog’s life either prevent or encourage aggressive tendencies. Puppies that learn how to communicate, play and interact with both dogs and people are less likely to demonstrate aggressive behavior as adults.

Socialization has a powerful impact on dogs and those that are isolated from positive interaction with people such as being chained outside are more likely to be aggressive. To reduce the risk of such behavior canines must be integrated into owner’s homes and family.

According to Rodriquez, their two pit bulls were considered part of the family and this was just a freak accident. Animal control said they had to taser the canine to gain control of him. He was taken to the Humane Society in Hobart, Indiana and on Friday Fat Boy was euthanized per the family’s request.